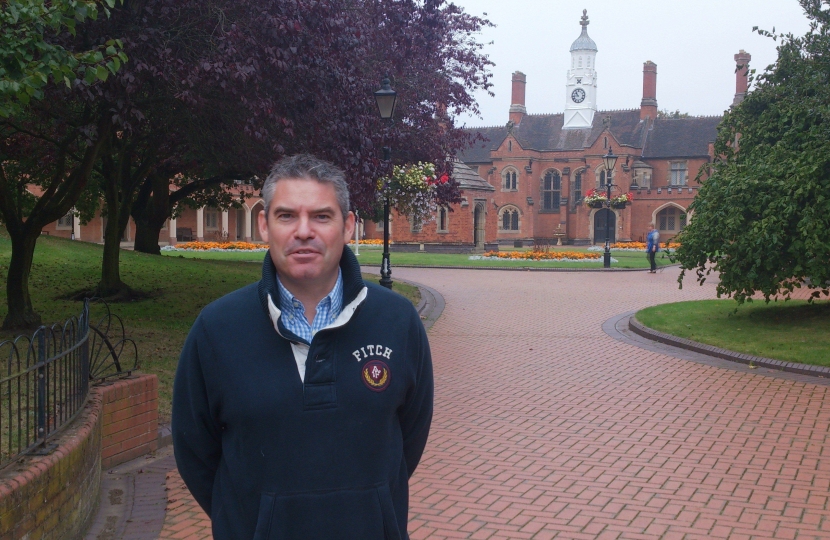 Craig Tracey, who was elected to the North Warwickshire seat in 2015 explained:
“Bedworth is the single largest population centre in the constituency, I know that residents here often feel left out compared to their counterparts in Nuneaton when it comes to the local Council and I believe it is time the town received the respect it deserves. The new boundary change proposals would incorporate the whole of North Warwickshire Borough and the town of Bedworth, so it makes complete sense to include Bedworth in the name of the constituency.”

Proposals for new boundary changes were released last week by the boundary commission in an attempt to equalise the size of every parliamentary constituency. The North Warwickshire constituency would largely remain the same but would include the additions of Arley and Hartshill from neighbouring constituency Nuneaton.

Now the area’s local MP has called for residents to back his campaign and help to recognised Bedworth:
“I am calling on all local residents in Bedworth to engage in the consultation process. I have formally written to the commission and have the backing of the Conservative Party. However, we need as much support as possible from local residents who can do this either online or by writing to the commission.

“The easiest way for residents to have their say and  back the Bedworth name campaign, is by visiting www.bce2018.org.uk, entering your postcode, then clicking on the ‘have your say’ section. The more residents who state that the new constituency should be called "North Warwickshire and Bedworth", the more successful we are likely to be.”

The boundary change proposals are currently going through a consultation process to be concluded in time for the 2020 general election. Under the proposals every seat would have a similar number of voters in each – approximately 75,000. Under the current boundaries some seats have 50,000 voters in while others have nearly 100,000.

Craig Tracey concluded:
“I have always called my seat ‘North Warwickshire and Bedworth’ but would like the name formalised – it is only fair and right to recognise Bedworth and its residents officially.”

Craig Tracey, the Member of Parliament for North Warwickshire and Bedworth has criticised local Labour Party proposals to divide his community into four separate constituencies.