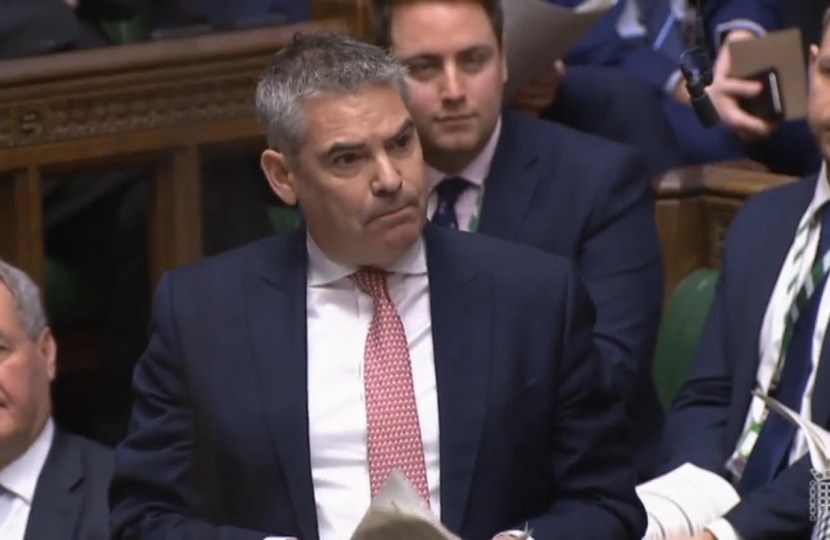 Craig Tracey was born in Durham and attended the city’s Framwellgate Moor Comprehensive School. His family come from a mining background in the North East.

Craig started his own Insurance Brokerage business which he ran for 20 years before being elected as member of Parliament for his home constituency of North Warwickshire.

He lives in Shuttington, near Polesworth, and moved to North Warwickshire in 1997 where he met his wife Karen.

In the build up to the 2015 General Election the Financial Times described him as "the sort of candidate who hardly happens these days... totally apolitical until seven years ago when he became increasingly incensed by the effect on his business of EU regulations and Labour indifference".

Local businessman Craig polled 20,042 votes in the 2015 General Election, a total of 42.3% of the vote. Despite North Warwickshire being Labour’s number one target seat, Craig significantly increased outgoing MP Dan Byles’ majority from just 54 votes to 2973 in one of the results of the night.

Since then Craig has built a reputation for being a hardworking local champion who puts the community first.

Craig Chairs the All Party Parliamentary Group (APPG) on Insurance and Financial Services, Chairs the APPG for Women and Enterprise and Co-Chairs the APPG for Breast Cancer. He has previously been a member of the influential Business Energy and Industrial Strategy Select Committee, drawing on his experience of running a small business and the insurance industry.

Craig has worked in parliament with charities Breast Cancer Now and Help for Heroes.

Locally, Craig continues to campaign for improved road safety, protection of the green belt, support for businesses to create jobs and apprentices and for a stable future for George Eliot Hospital.

Craig also campaigns against HS2 and its devastating impact on his local constituency.

In the 2017 general election local residents gave Craig a vast show of support by re-electing him in the North Warwickshire and Bedworth Parliamentary seat with 26,860 votes – a strong majority of 8510.

Craig’s victory saw a vote share increase of 14.6% to 57% of local votes cast and he nearly trebled his 2015 majority, adding 6800 more votes to his total. A stunning achievement considering in 2015 Craig was defending a majority of just 54 with North Warwickshire & Bedworth the number one key marginal in the country at the time.

In November 2018 Craig was promoted to become the Parliamentary Private Secretary to DFID Secretary of State Penny Mordaunt.

Upon being elected Craig Tracey said:

“I would like to thank all residents who voted for me and for everyone who supported and worked tirelessly during my campaign. I am delighted and honoured to be re-elected for my home community with such an increased majority. We ran a positive campaign talking about local issues that are important to residents but also showing what we have achieved over the last four years. During the campaign I asked residents to judge me on my record, I will now continue to work every single day for them and our community of North Warwickshire & Bedworth. I am confident that we have a bright future ahead of us and by working together we can make our local area an even better place to live and work.”