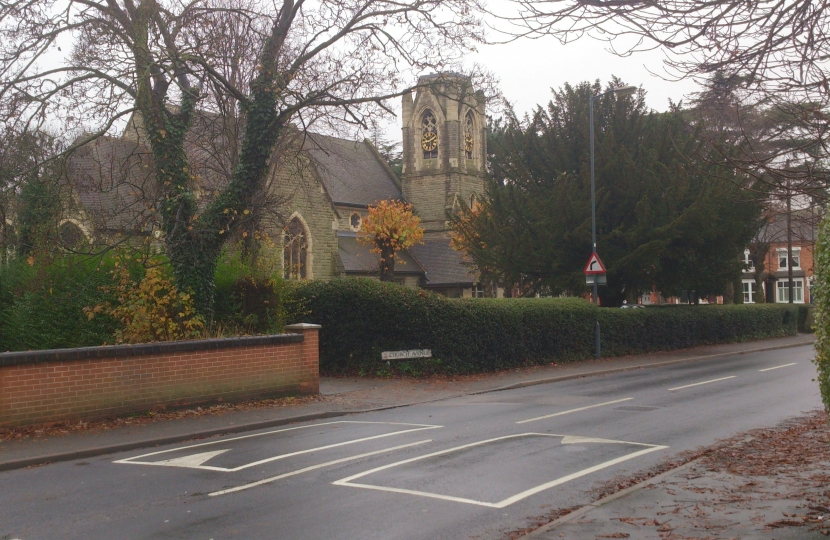 Craig Tracey, the Member of Parliament for North Warwickshire and Bedworth has criticised local Labour Party proposals to divide his community into four separate constituencies.

However, counter-proposals from the Labour Party have now emerged which would have Atherstone and surrounding villages in North Warwickshire form part of a Coventry constituency, while Coleshill and Water Orton would be lost to Solihull and Birmingham. Bedworth would be split in two with most of the town joining part of Nuneaton to form a new constituency and another part moving to a Coventry seat.

Local MP Craig Tracey commented:
“These proposals are sheer opportunism on Labour’s part, residents in Atherstone, Polesworth and the nearby villages would like to know why they should be put in a Coventry constituency instead of staying in the North Warwickshire constituency? Labour are trying to move the goalposts; from a logical joining of the whole of North Warwickshire Borough and Bedworth, to dividing up our community for political purposes. Coventry constituencies are represented by Labour MPs and by trying to add a huge swathe of North Warwickshire they must feel they would have a better chance of winning the seat. There are no social, geographic or historical reasons to divide our community as they have proposed.”

North Warwickshire Borough Council Leader Cllr David Humphreys said:
“Local residents in my ward of Newton Regis, Warton and Austery do not want to become part of Coventry as Labour have proposed, equally the people of Atherstone do not want to become part of Coventry. There is no reason to divide North Warwickshire or to try to boot out Coleshill and Water Orton – I would certainly like to hear the Labour group leader’s explanation for what is blatantly playing politics with our local communities.”

Bedworth Councillor Seb Gran, who spoke in favour of keeping Bedworth and North Warwickshire together at a recent public consultation event, was aghast at Labour trying to divide Bedworth in two, he said:
“It is completely unacceptable for the local Labour Party to attempt to split the Exhall ward away from Bedworth into Coventry and these bizarre and unjustifiable boundary proposals made by Labour just seem to be cynical party politics, with no consideration for local residents or communities. However, I'm confident that the independent Boundary Commission will recognise this and maintain the North Warwickshire and Bedworth Constituency. I urge local people to write in to the Boundary Commission to support the current proposals to keep our community together.”