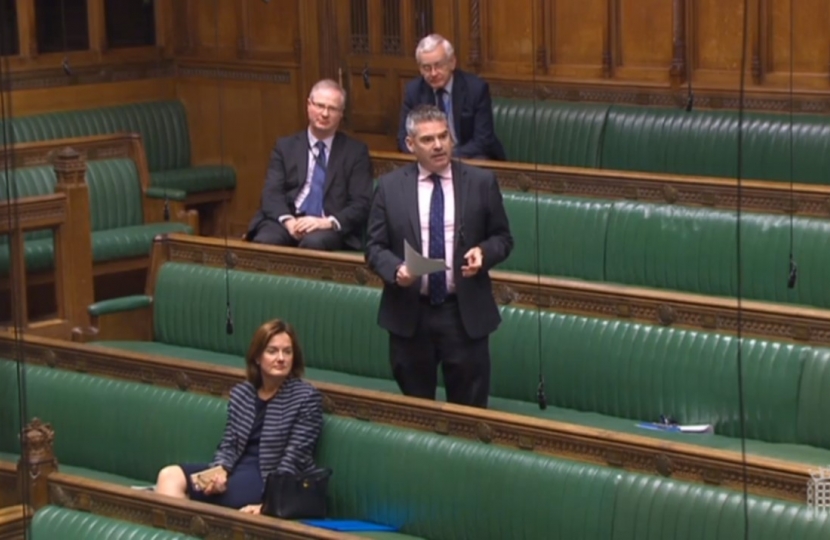 Last week in Parliament I was able to question Home Office Ministers about the Government’s immigration policy.

Immigration is an issue which is important to many people. Having spoken with thousands of local residents over the years I know that the general feeling is that we need a fair and sustainable system, one where we control who we welcome to this country, whilst prioritising those with skills that we need. This is a sensible balance and something I agree with.

My question was: “In recent months we have seen a squeeze on doctors’ ability to come to this country to fill vital roles in our NHS. What steps are the Government taking to ensure that we can access the skills that are needed while ensuring that our immigration system becomes sustainable?”

I think this cuts through to a specific theme. If someone has skills, such as Doctors and Nurses, that we are in need of then we need to ensure these people are welcomed to the UK. They will work and contribute to our society.

Similarly we should be able to prevent those with criminal records, or those who will abuse the system, entering the UK. Taking control was a significant aspect of why people voted to leave the EU. If we stayed in the Single market we would be forced to keep free movement and we would continue with an unsustainable immigration system.

I am encouraged that the new Home Secretary Sajid Javid has made moves to implement a fairer system following the Windrush scandal. Those people who came to the UK to fill skill shortages and work for decades. Mr Javid has said that those Windrush people who were wrongly deported will be returned and offered compensation. However, those with criminal records will not be welcomed back.

It is positive to see some common sense on migration.