Reflection on the Election, Brexit and National Security 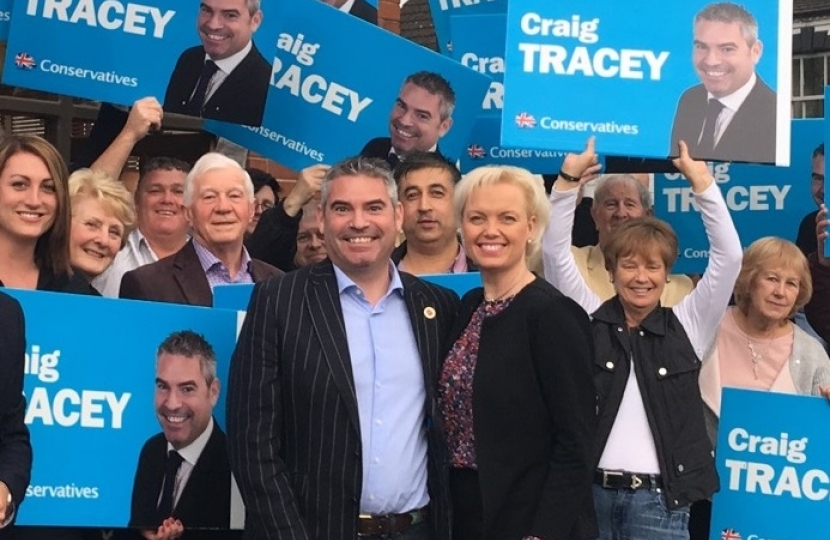 Firstly I am honoured to have been given such an endorsement by local residents to continue as Member of Parliament for our community with a larger majority. Thank you.

The Conservative Party did gain the largest vote share in decades, significantly more people voted for us and we have far more MPs elected than any other Party. The 2017 results for the Conservatives and Labour were similar to that in 2010 when David Cameron beat Gordon Brown. However, the Conservatives were looking for an increased majority.

Incomprehensively Jeremy Corbyn and Labour have tried to claim victory, despite having 58 less MPs than the Conservatives and being 64 short of being able to form a majority Government. It is fair to say that Mr Corbyn’s result was better than many predicted, but he lost and he lost big.

Certainly in our community Mr Corbyn’s politics was rejected. I asked residents in North Warwickshire and Bedworth to judge me on my record over the last two years and offered a positive campaign with realistic pledges. Locally, Labour’s negative politics did not resonate with people and on a national level, people were wise to the unrealistic promises by Mr Corbyn; his manifesto oversees a financial black hole and would have gone some way to bankrupting our country. We are still recovering from the implications of the financial crash nearly ten years on, and Labour’s overspending, borrowing and debt left us in a very difficult situation with high unemployment then. Just imagine what Labour’s latest programme of give-aways and nationalisation would have done to our economy and jobs, and guess who would have had to pay for it – us, the Tax Payers.

I do not believe the Conservatives had enough focus on our economic achievements over the last 7 years or the dangerous economic incompetence that Labour were offering. Sure, some of their ‘offers’ like free university education would be very appealing to certain groups, but how do you even begin to finance such proposals when you are looking at an annual cost in the region of £10bn?

As interesting as the result is for the commentators, one concern is that our country appears to be very much divided now.

In 2016 the people sent a very clear instruction to leave the EU – locally 67% (two-thirds) of residents voted to leave. I have been clear and consistent that the democratic will of the people must be respected. This cannot and should not be altered due to this election. As someone who voted to leave and who has spoken to thousands of residents about this issue I know that the UK must take back control of our laws and our borders.

The other most important issue that we currently face is national security. We have seen appalling terrorist attacks over the last few months. It is heart-breaking to think of all those innocent people murdered. Clearly things must change, we cannot just continue, waiting for the next attack to happen. Frankly enough is enough. I want to see a real crack down on those who support, aid and sympathise with terror and extremism. We must be proactive in not allowing the publicity of terrorist ideology wherever and whenever it may occur. We must all come together as a country and unite against hate.

I believe that the country will become more united, particularly in the face of the terrorist threat and over Britain’s standing in the world in relation to Brexit. Whichever way you voted, this is a crucial period in our nation’s history. Great Britain is at its best when we all work together, we are one nation. After all it is in everyone’s interests that the Government is successful and achieves the best possible deal upon leaving the EU.