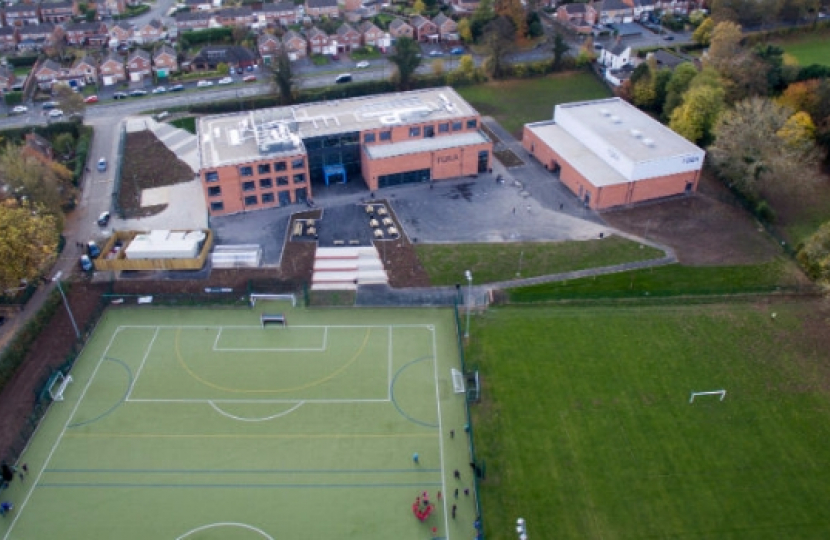 Craig Tracey MP has welcomed the announcement that the Queen Elizabeth Academy in Atherstone has received notice that £2.5 million of funding has been allocated to deliver a much-needed extension to allow the school to match its demands. The funding will be put forward as part of the Educational Capital Programme report which is due to be presented in May.

The application has been driven locally by Conservative Councillor Mejar Singh, who represents Atherstone North. Councillor Singh was one of the earliest supporters of this project and he has been working extremely hard behind the scenes on the application.  His extensive knowledge and experience in this area has meant that the application process has been as straight forward as possible for the Trust.

Councillor Singh said ﻿“Following a cabinet meeting at Warwickshire County Council I am pleased to announce that final approval of finances for the expansion of the Academy has been approved. £2.5 million will provide an additional block with 7 classrooms for extra 150 pupils. The school is oversubscribed every year, it’s the only secondary school in Atherstone. The demand has been rising over the last 3 years. The Academy would like more pupils to attend and receive a good education and not have to travel to surrounding areas to attend school. I have been working with the academy trust for the past 12 months since my election to WCC and following many meetings I am pleased to that the 7 classroom extension will start shortly”

Commenting immediately after the announcement, North Warwickshire’s MP  said: " I was delighted to learn of the announcement that the Queen Elizabeth Academy had been granted funding to deliver this work. The school has become a victim of its own success over recent years, with many parents, including  from out of the area, very keen to see their children receive their education here, so this will mean many more are able to be accommodated with their first choice. I’ve visited the Academy a number of times over the years and I'm always impressed by the engagement of the pupils and the dedication of the staff, so this new development has the potential to secure a very exciting future for the school and I know, through the leadership team, it is in very good hands"

Whilst planning permission has yet to be granted, Academy Transformation Trust who are in constant conversations with North Warwickshire Borough Council and Highways are confident that work can begin very soon.