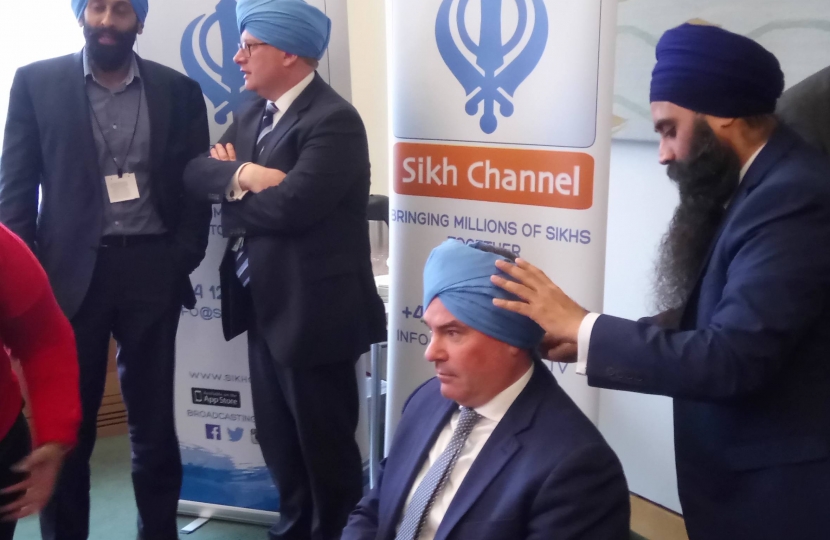 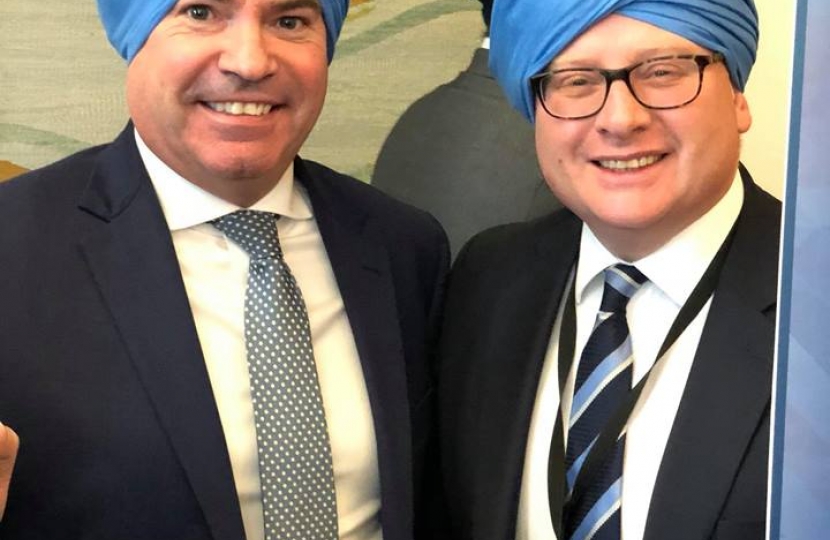 Craig Tracey MP for North Warwickshire and Marcus Jones MP for Nuneaton organised an event in Parliament alongside Sikh Channel to show support for the Sikh community and the importance of the Turban.

This event was in reaction to a recent incident outside Parliament where a Sikh man was subjected to racist abuse with the offender attempting to forcibly remove his Turban.

In response to this the Turban Awareness Day was created; which saw dozens of MPs showing their support for Sikhs and having the opportunity to wear a Turban. Information about the UK Sikh community and the Turban was also provided by Sikh Channel, with presenter Kam Singh working with his local MP Craig Tracey and neighbour Marcus Jones for the event.

Craig Tracey MP commented:
“The racist attack was very concerning and took place right outside where we held the event today. This coming together by MPs from all sides shows solidarity with the Sikh community and we hope will promote awareness of the Turban. Racism of all kinds should not be tolerated anywhere, let alone on the doorstep of democracy here in Westminster. I would like to thank Sikh Channel for working with us on this event. I am very proud of the contribution the Sikh community makes in my constituency of North Warwickshire and Bedworth.”

Marcus jones MP said:
“Sikhs have made a huge contribution to the UK, not just historically such as during the World Wars but also in the present day. There are over 700,000 Sikhs in this country contributing over £7.5bn to the economy. This event was very popular which shows the importance of this issue to MPs. I enjoyed the experience of wearing a Turban in support of this worthy cause.”

The Sikh Turban (or Dastaar), for the Khalsa society, signifies many virtues: spirituality, honour, love of their Guru. The Dastaar also promotes Sikh identity and protects their long unshorn hair. Both Sikh men and women wear Turbans.