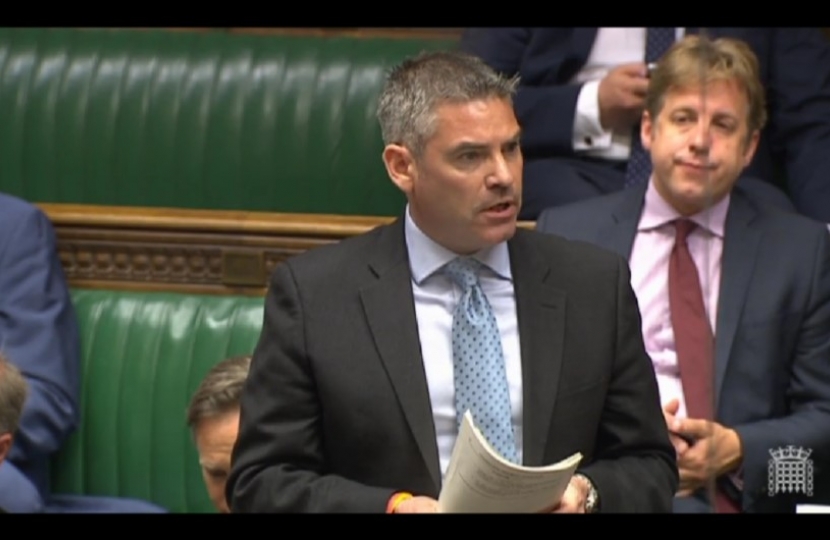 On Wednesday, MPs were asked to vote on whether there should be an extension of the air strikes currently being carried out in Iraq, into Syria.

This was the toughest decision I have had to make during my time in Parliament and one that I hope I do not have to repeat. Obviously, this was not something that I took lightly and indeed like many colleagues, I was unsure which way I would cast my vote. I had to be certain that taking military action was in the best interests of my constituents and the country as a whole.

On Tuesday, I attended a packed MPs Briefing, which was open to all parties and was delivered by the Home Secretary, Foreign Secretary, Defence Secretary, Development Secretary alongside a senior military Officer. Between them they spelled out three key points which were important to my final decision:

What was also made clear was that the border between Iraq and Syria is now irrelevant - ISIL don’t recognise it, moving freely from one country to another, therefore to defeat them, neither can we. The ISIL headquarters in Syria, plays host not just to their training camps but also cyber capabilities; so is a key target in our operation. But Syria has also seen ISIL commit terrible atrocities against the people there with many being brutally murdered or forced to flee. So when the question of civilian casualties came up, it is not a case of us making them happen with military intervention, it is a case of us stopping them happen! Thousands of people have been killed, tortured and physically or sexually abused by ISIL, simply because they did not share their views.

On the day of the vote, I sat in the chamber for around eight of the 10 and a half hours that the motion was debated, to listen to all sides of the argument. What particularly struck me was the contributions from former soldiers such as Tom Tugendhat MP, Johnny Mercer MP, James Heappey MP and Dan Jarvis MP who had all served in the recent Afghanistan conflict, and whilst politically not all on the same side of the House, were united in the belief that military intervention was the right thing to do.

As Tom put it: ‘They (ISIL) have defined us as people who must die or convert. I will do neither Sir, I will fight. It is not enough to just wish for peace, we must fight for it.’

I fully understand that there are some who believe that there is no merit in military action, that it will make us more of a target to terrorist attacks and whilst I completely respect their point of view, I would simply say that we could not be any higher on the list of targets than we already are. Our intelligence forces are doing an incredible job to protect us but we must stem this evil at source and whilst there are no certainties in conflict, in the best interests of our national security, our allies across the globe and importantly, the oppressed people being massacred in Syria we cannot contract out defence of our own country. Action may well have consequences, but so does inaction - it became clear that sitting back and doing nothing was not an option.

By the time we came to vote on the issue at 10pm, I was in no doubt that the Government Motion was the right thing to do and so voted in its favour.