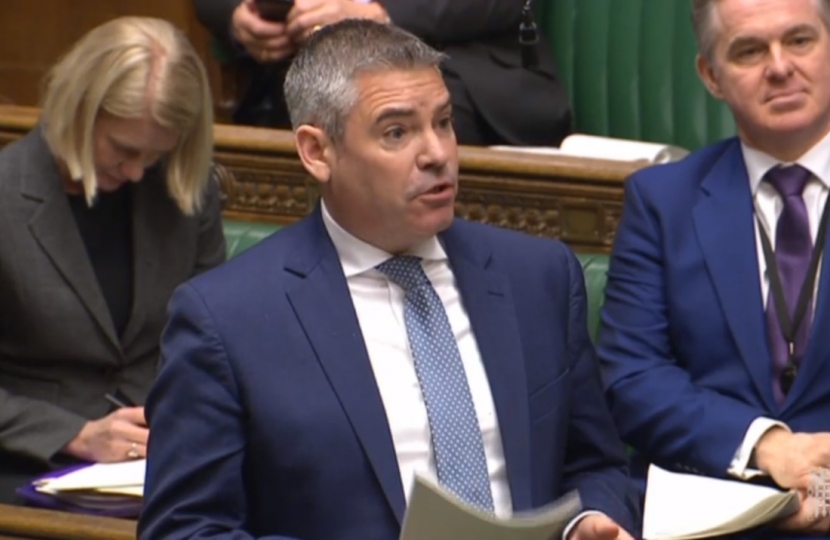 North Warwickshire and Bedworth’s Member of Parliament Craig Tracey has welcomed a Government announcement to consult on the effectiveness of current enforcements against unauthorised traveller encampments. The local MP had called for action from the Government following a number of trespassing and anti-social incidents in North Warwickshire and Bedworth in recent years. This has led to damage of property and huge waste with residents having to pick up the clean-up bill.

Craig Tracey MP commented:
“Unfortunately we have seen private land, schools, playing fields and car parks broken into by travellers. This illegal trespass is not acceptable. I told Ministers back in October that more needed to be done to prevent this crime and I am pleased that they have launched this consultation.”

On launching the consultation into what powers can be used to prevent trespass, Minister Dominic Raab stated:
‘MPs raised their concerns in debates in Parliament last year, in particular on the impact on local communities. We heard a clear message that despite an array of enforcement powers already in place, tackling unauthorised development and encampments remains a significant issue. I want to seek views on whether there is anything we can do to ensure that existing powers can be used more effectively, as well as whether additional powers may be necessary.’

Locally Craig Tracey has worked with organisations who have been affected by the issue as well as Councils to ensure eviction notices are given to trespassers. In Parliament the North Warwickshire and Bedworth MP has previously stated:
‘In just three months in the summer of 2016, Nuneaton and Bedworth Council spent over £22,000 on bailiff fees, officer time, court costs, legal action and cleaning up, and just over £5,000 of this went on clearing up three sites after the travellers had moved on.

‘It must be infuriating for a landowner, local school or club whose property has been broken into to not have an immediate course of justice available. We have seen locally, that as illegal trespass is a Civil offence, it can take days for traveller encampments to be moved on. I know this is an issue which causes great concern to many people in North Warwickshire and Bedworth.

‘These time delays can render the process essentially unfit for purpose. Therefore reducing the time taken for eviction notices, or shifting the burden of proof from the landowner to the occupying encampment, could prove to be possible solutions. Clearly more protection is needed for property owners.’

The consultation is open until 15th June 2018 and full details can be found here: https://www.gov.uk/government/news/government-to-review-powers-to-deal-with-unauthorised-caravan-sites