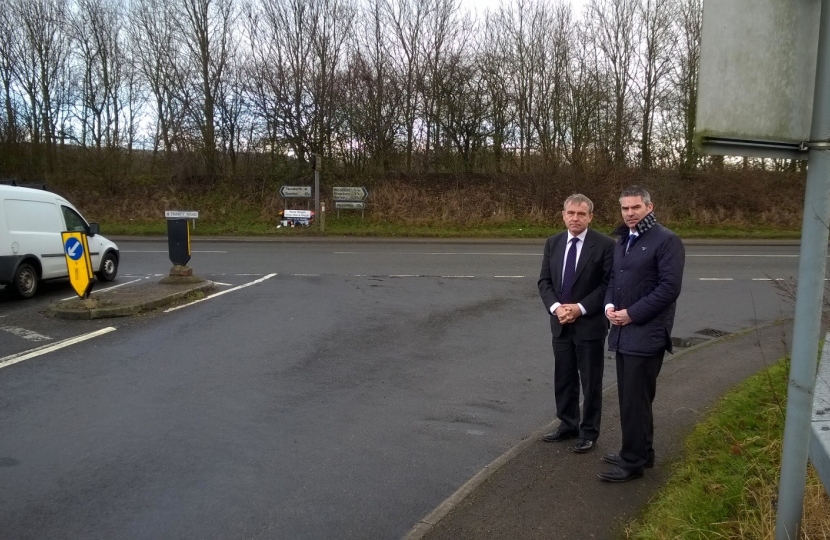 As the festive season gets underway, Craig Tracey MP has called for drivers in North Warwickshire and Bedworth to avoid drink and drug driving, with new data from MoneySuperMarket showing that 2.79 per every 1000 motorists in the local constituency have a drink or drug driving conviction – one of higher rates in the country.

Mr Tracey, a former Insurance Broker, has been an active campaigner for improving local and national road safety. Most recently calling on the County Council to use a HS2 related road safety fund on notorious accident black spots in our local community. The local MP also hosts the annual Sean Morley Awards in Parliament, working closely with Sean’s family to promote road safety ideas and to close dangerous driver loopholes in the law.

Craig, North Warwickshire and Bedworth’s Member of Parliament said:
“Being under the influence of alcohol or drugs and getting behind the wheel will put your life and the lives of others at risk. Apart from the terrible human cost, this analysis has revealed the full financial cost of a conviction, and provides yet another reason why drivers should avoid drink and drug driving. I urge my constituents to take care and keep themselves, their communities and their loved ones safe this festive season”.

MoneySuperMarket analysed seven million car insurance quotes run over the last 12 months. With the research finding that North Warwickshire has one of the highest proportions of motorists with offences for drink and drug driving.

Kevin Pratt, consumer affairs expert at MoneySuperMarket, said:
“There are serious consequences for those caught for drink or drug driving, including up to six months’ jail time, a driving ban of at least a year and a fine of up to £5,000. Even after a punishment has been served, a conviction will sit on your licence for 11 years and you’ll have to declare the offence when you apply for car insurance for five years.”