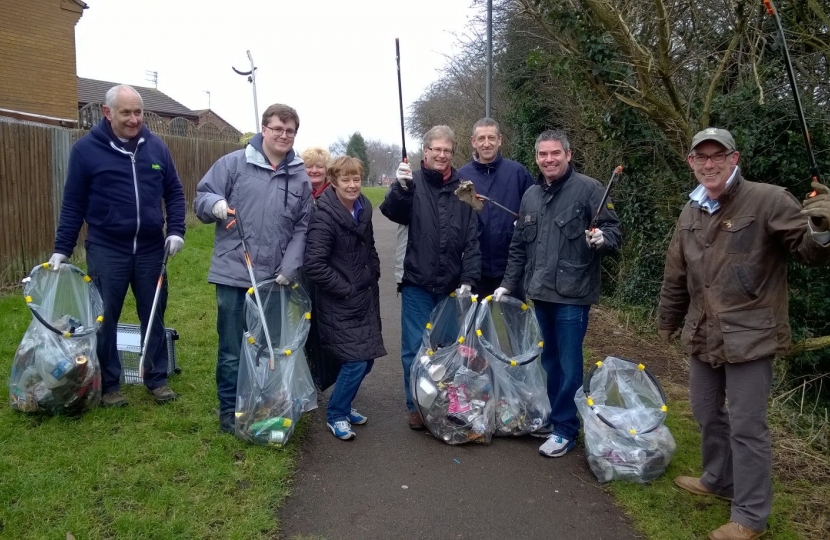 Craig Tracey, Conservative Candidate for North Warwickshire & Bedworth, organised a litter pick and clean up next to Race Leys Junior School in Bedworth. Craig was joined by local residents and volunteers.

Litter and rubbish has long been an issue on the green at Millais Close and the path leading up to the school gates, which the team worked to clear over the weekend.

Craig Tracey said:
“It’s really important to keep our local areas clean and many residents take pride in their communities. Unfortunately a small minority of people do not tidy up after themselves and let the rest of the community down. We are calling for more bins to be provided by the school to make it easier to keep the area tidy in the future.

“I would like to thank all the residents and volunteers who came and got involved and the Council officials who provided the kit for the day.”

Seb Gran who is a community campaigner in the area commented:
“Residents have complained to us about the mess in this area, so local Conservatives decided to take action and remove as much rubbish as possible. We want bins by the school to prevent the amount of rubbish we have seen in the past.  We will continue to clean this area if the problem persists.”