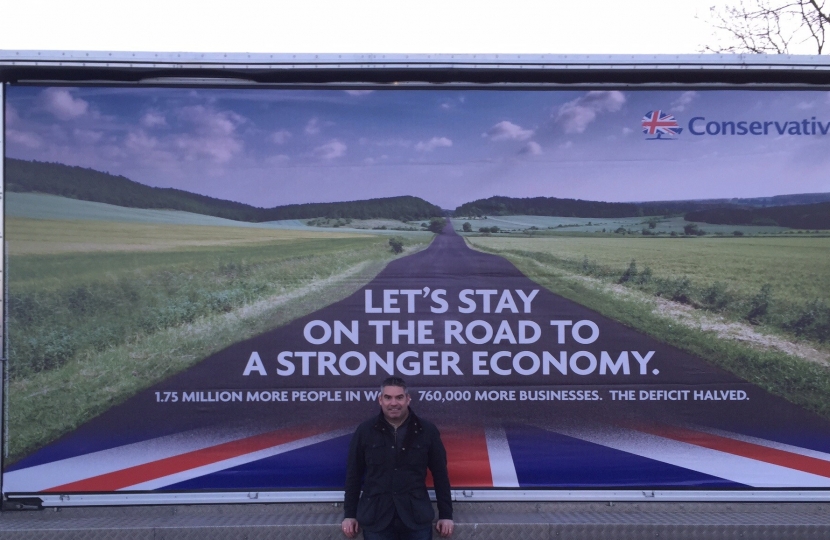 Mr Tracey launched the Conservatives’ first national poster campaign in North Warwickshire, which the Chancellor George Osborne was in the region to promote last week.

He said: “The starting gun has been fired on the General Election and my message is clear: the Conservatives have a long-term plan which is working.

“There are now more people in employment than ever before, and unemployment locally has fallen by 70% since January 2010 under Labour. The local and national economy is growing, taxes have been cut for families, fuel duty has been frozen, the George Eliot has come out of special measures, £27m has been invested in Warwickshire school places and more local people are able to get onto the housing ladder because of Conservative measures.

“2015 promises to be a great year for our country – if we make the right choices together. When you have a plan that is working, you don’t change it. We have a clear message; let’s stay on the road to a stronger economy.”