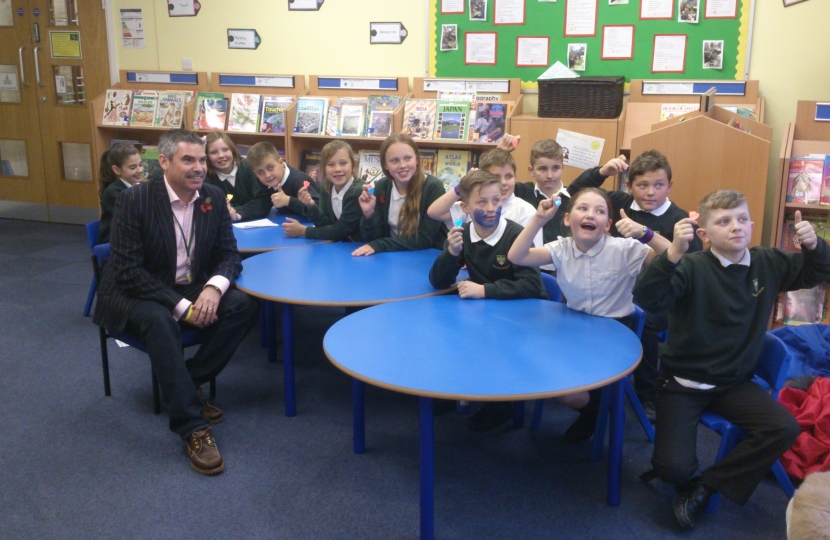 The three school Houses of Water Orton Primary; Wakefield, Overton and Salisbury, each elected 2 Captains and 2 Deputy Captains. House Captains have extra responsibility in school and will help encourage pupils from all year groups.

Craig, spoke to all of the hopeful young candidates on public speaking and gave them advice ahead of the elections. The local campaigner said: “It’s great to see young people so engaged with elections and passionate about giving speeches to their classmates. They all did a fine job and congratulations to each of the candidates who put themselves forward. Water Orton Primary School’s motto is ‘be the best you can be’ and each of them lived up to that.”

Craig also held a question and answer session by the pupils. He was asked how he dealt with getting nervous before speeches, whether is it better to read from notes or memorise a speech and about the role of a Member of Parliament.

Carl Lewis, Headteacher of Water Orton Primary School said: “It's really encouraging to see young people showing an interest in citizenship.  It proves that young people will take an interest in politics if we make it accessible and show them that getting involved can make a difference.”