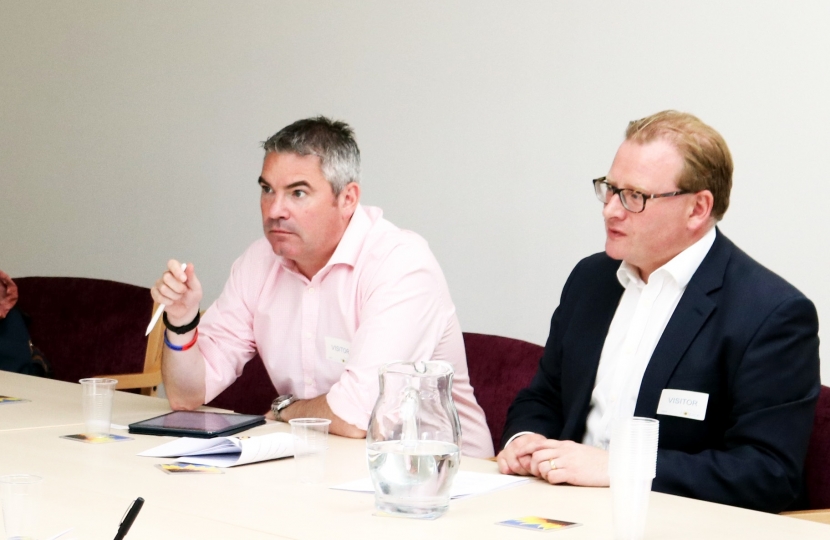 Bedworth MP Craig Tracey and Nuneaton’s representative Marcus Jones MP have hit out at the Borough Council’s handling of unlawful traveller encampments in the community.

This comes after reports in recent weeks have revealed that the Council ‘struck a deal’ to allow an agreed encampment in the council car park at Avenue Road, even though the group were resident outside our district, after a threat from the group. The Council has spent tens of thousands of pounds of taxpayer’s money clearing up after encampments.

Craig Tracey MP commented:
“There’s huge concern locally over the number of unauthorised traveller encampments and the damaging affects it has on our community who own or use the land that is illegally occupied.

“Whenever Travellers trespass in our community and leave a trail of waste and destruction it is local taxpayers who foot the bill.

“I was one of a number of MPs who called on the Government to provide stronger powers to deal with this illegal travellers in Parliament. As a result the Government held a consultation – in my response to the consultation I stated that the burden of proof should be placed upon those within the encampment to demonstrate that they have a right to be on the site, rather than falling upon the owner of the land to prove that the encampment is unauthorised.

“The Council leaders have been so ineffective on this important issue and have let local people down. While I do believe that the law needs to be tightened up with regard to traveller encampments, there are existing powers that the Council could be using to deal with illegal encampments more effectively.  The local Conservative group have put forward a number of constructive solutions which have frustratingly been voted down by the Labour majority.”

The Labour council administration recently rejected Conservative group proposals to use £100,000 which would make public and open spaces across the Borough more secure and prevent access from travellers. The proposals would also use public space protection orders to legally protect local parks and that the Council apply for a Borough wide court injunction. This would prosecute travellers who establish unauthorised encampments in the Borough. Other Councils such as Rugby have brought this initiative in.

Marcus Jones MP explained:
“We elect councillors to take local decisions on our behalf, but unfortunately the Labour run council always look to blame others instead of taking decisive action in the interest of council tax paying residents. During the recent Government consultation, as Nuneaton, Arley and Hartshill MP I took time to respond on behalf of residents asking for the law to be changed to make illegal encampments a criminal offence. Despite blaming the law for local issues, when given the chance, the Council did not even bother to put their own response to the consultation, which is shocking. Other areas have successfully applied for injunctions using legislation I voted for in 2014, to help prevent and deter illegal encampments, it’s about time those running the council now listened to local residents and take proper action, apply for injunction and do more to secure land as local Conservatives have advocated.”

Angry residents have since created a petition calling on action to remove unauthorised traveller encampments for good.