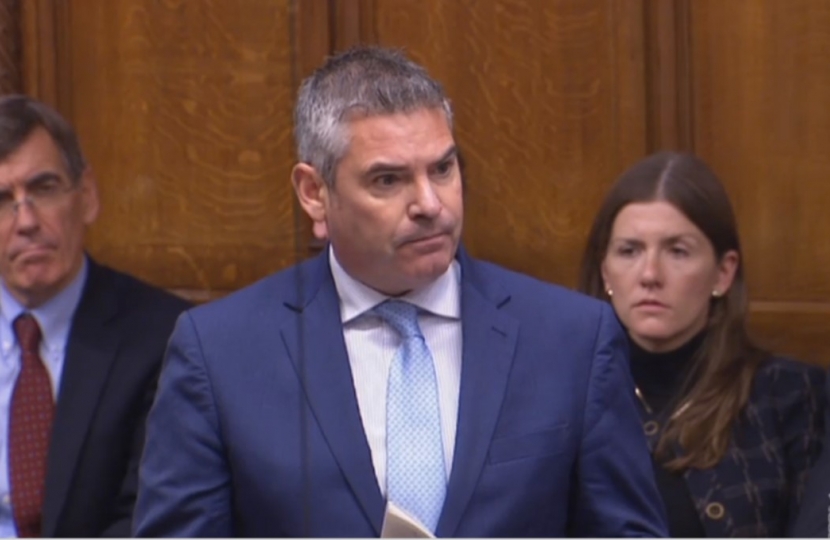 Brexit continues to dominate politics in the UK as one of the most significant issues facing the country in a generation. As I outlined during the referendum this was not be an easy process with uncertain times in the short-term, and we are still at this stage. However, there is a fundamental underling principle in all of this - the British people have spoken through the democratic referendum and their will must be respected. We are fortunate to live in such a liberal democracy, particularly when you look at what is happening in Zimbabwe or North Korea. Democracy ensures the rights and views of the populace.

In North Warwickshire 67% of votes cast were to leave and I was one of them. Since then I have pledged to do everything in my power as MP to ensure your instruction is enacted and I have supported the Government’s work in leaving the EU.

Unfortunately in Parliament, ever since the Referendum we have seen attempts to undermine democracy by derailing and delaying Brexit. This has mainly come from Labour and the Lib Dems but not exclusively, as some MPs on all sides of the house are proving a thorn in the Government’s side. Some would argue they are concerned for the process in which law is taken back from Brussels and placed into Parliament’s hands, others simply have never been in favour of leaving. Either way the British people have spoken and they have said to leave, which must be respected.

I can also understand frustrations with some aspects of the negotiation process with the EU, but I would like to make the following points;

· The Prime Minister and the UK have shown maturity and goodwill which is not currently being reciprocated by the EU during negotiations. An example of this is the rights of EU citizens in the UK and UK ex-pats in the EU. Following the Prime Minister’s Florence speech the ball really is now in the EU’s court, she has offered an olive branch which they would be wise to accept.

· At this stage I am currently open minded to a transitional phase for leaving, but this must be a short-term period which allows British businesses and institutions to fully prepare for life outside of the EU. However, it must have a very definite end date and cannot be open ended.

· I still very much believe that no deal is better than a bad deal. In fact the fear of World Trade Organisations rules being implemented to future trade with the EU is, in my opinion overplayed. I was one of a number of MPs who urged the Prime Minister to start planning for a no deal scenario and pleased that this has been taken notice of.

Ultimately I believe it is in the EU’s and UK’s interests to reach an amicable tariff-free trade arrangement following Brexit. I am of course monitoring the situation carefully, particularly how the EU reacts to the Prime Minister’s generous diplomacy.

It is imperative that we continue to make plans for ‘no deal’, this will not only ensure we are organised as a country for this eventuality, but will also send a clear message to the EU that we are prepared to walk away if they continue to reject progress on negotiations.

As I say, this is by no means an easy process, but ultimately we must remember why we chose to liberate ourselves from the European Union and look at the bigger picture when we will have control of our laws, trade, borders, democracy and destiny.

These are reasons for long-term optimism despite the short-term uncertainty.