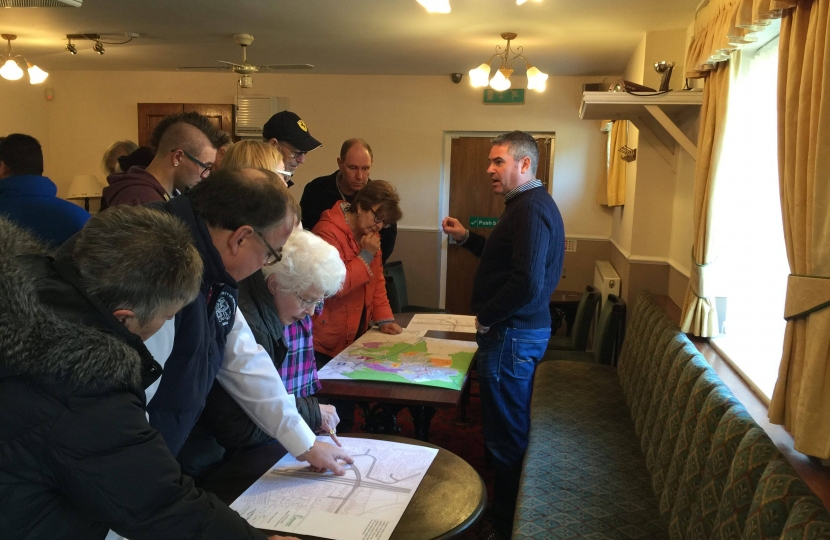 Bedworth's voice in Parliament, Craig Tracey hosted an event at Woodlands Working Men’s Club at the weekend attended by 200 residents. Our local MP organised the event to give residents the opportunity to see the impact the Borough Plan proposals will have on the Woodlands area and the town.

Craig commented:
"Following discussions with residents and the Woodlands Action Group, there was concern that there wasn't a consultation or information event on the Borough Plan in Bedworth at a weekend in Bedworth and many residents did not have the opportunity to see for themselves the impact of the Housing proposals as well as to engage with them. It was useful for me to be able to speak with hundreds of local people and gain an understanding of their concerns over the Council's plans."

The Woodlands Action Group, who along with Craig Tracey MP are against housing in the Woodlands, attended the event to speak with residents. They also gained many more signatures for their petition against the proposals in the Borough Plan.

Residents raised concerns such as increase in traffic due to the infrastructure, lack of consultation, the potential of flooding, environmental factors such as displacement of animals and damage to the ecology.

Craig Tracey MP has called for the Woodlands to be returned to protected green belt status.