Fighting and voting against HS2 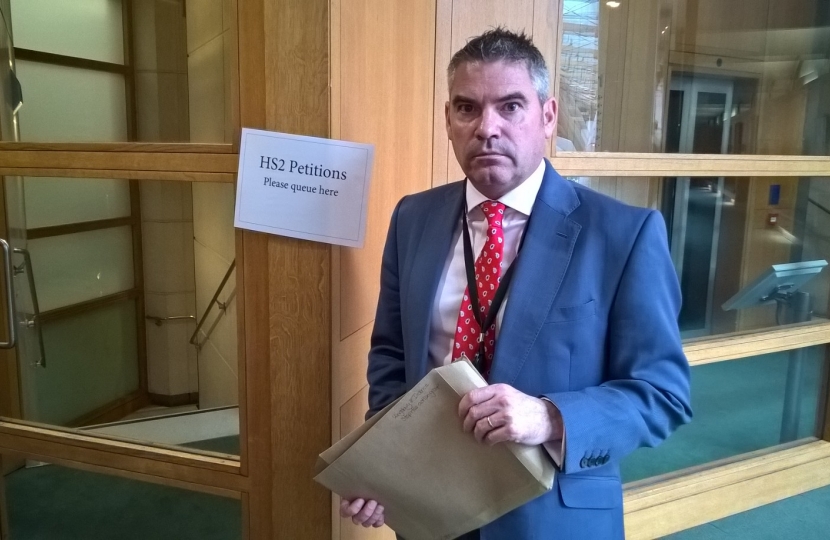 For more information on HS2 and how I am campaigning against the project visit the HS2 section of my website here.

In response to residents who have recently emailed on voting against HS2:

Thank you for your recent email regarding HS2.

As residents are aware, I have been an active opponent of HS2 and since being elected Member of Parliament for North Warwickshire I have:

I completely agree that the economic case for HS2 is flawed and that is will devastate many parts of our community.

Unfortunately there is a majority of MPs from all parties who support HS2 and I am one of just 43 MPs out of 650 to object to the plans. However, I can assure you that I will continue to do everything I can to try to stop the project and support residents affected by the scheme.

High Speed rail will have a huge impact on many of our villages & towns including; Gilson, Coleshill, Water Orton, Middleton, Marston, Bodymoor Heath, Kingsbury, Newton Regis, Birchmoor, Austrey and Polesworth.

We are the worst affected area of the scheme outside of London.

I do not believe in the business case for the project and think that the costs can be better spent elsewhere.

HS2 was an idea that came from the previous Labour government. Sadly it has cross party support in Westminster.

However, locally, Conservatives have been active in fighting the scheme and supporting communities who are affected. In particular it was former Conservative MP Dan Byles who led the local fight against the project. He continued to vote against HS2 in Parliament, submitted appeals and casework, chaired action groups and has brought the HS2 committee to North Warwickshire to see the devastating impact first hand.

I live in Shuttington, and although we are not directly affected by the proposed line the villages next to us are. I understand the concern of local residents.

I am working with local action groups to oppose the scheme. I have personally submitted dozens of petitions to the HS2 Committee, attend meetings to voice resident's views in Parliament, and regularly meet with residents affected in the constituency. I continue to support residents with their EHS applications.

Local Conservatives have led the fight in North Warwickshire against HS2, and it is a fight I intend to continue.