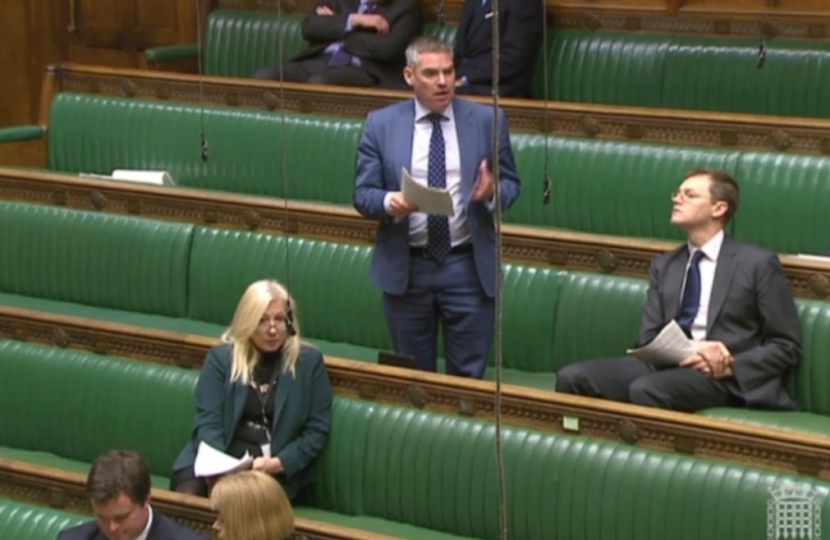 Craig Tracey MP's letter to the Transport Minister outlining his concerns over HS2:

I am writing to you regarding a recent concerning report in the Daily Telegraph ‘HS2 at risk of derailing at top speeds, report finds’. (12th March 2016http://www.telegraph.co.uk/news/uknews/hs2/12192286/HS2-at-risk-of-dera…)

This article raises significant challenges to the HS2 scheme and most significantly to the safety of passengers and communities that the proposed lines runs through.

The article states: ‘Prof Woodward said that the ballasted track of the kind to be used by HS2 “may not be able to adequately retain the track geometry” at the 225mph line speed proposed. He said that “embankment instability, particularly over poor soils … will generate significant issues during construction and operational running”. Around 107 miles of the route, about a third of the total length, will run on embankments.

‘The research, classified “official-sensitive”, was commissioned after Prof Woodward warned that high-speed running created track problems that “may threaten the stability and safety of the train”.

‘He said that speeds as high as those planned by HS2 could cause “rapid deterioration of the track, ballast and sub-ballast, including possible derailment and ground failure”.

‘On Saturday, HS2 officials welcomed the analysis and said that detailed designs would be drawn up as they examine the ground along the route.’

It is my strong belief that if the planned use of track, speeds and velocity are inadequate to provide a safe transport service and furthermore risk derailment then the scheme is not fit for purpose. I ask you to urgently look into the findings of this report.

Furthermore the article goes on to further challenge the perception that there is a positive business case for the HS2 project. The research suggests that long stretches of the line would have to have reduced speeds, therefore undermining one of HS2’s unique selling points over current rail services:

‘Running at the industry standard of 186mph would cut the scheme’s already shrinking benefit-cost ratio by 15 per cent and erode the advantage over conventional rail on the London- Birmingham journey to only around 15 minutes. Running at 157mph would make the journey on HS2 only a few minutes quicker than the current conventional line.’

Finally the article states that Professor Woodward ‘recommended massive ground stiffening and said that the track should be laid on a concrete slab. However, this would be more expensive and much noisier than ballast.’

This will be of huge concern to communities such as Gilson, Coleshill, Water Orton, Middleton, Marston, Bodymoor Heath, Kingsbury, Newton Regis, Birchmoor, Austrey and Polesworth who have the line running through them or are in close proximity. HS2 has changed the lives of many residents who live and work where the proposed line will be built. HS2 has a duty to ensure as minimal impact as possible on these communities alongside value for money. However, the report suggests the noise of the trains will be greater than predicted.

Finally, it further raises concerns of spiralling costs of the project which I do not believe benefits the taxpayer, leaving me and many of my constituents, with the view that the HS2 scheme is not a financially worthwhile project.

I look forward to receiving your response.