Voting in the Commons 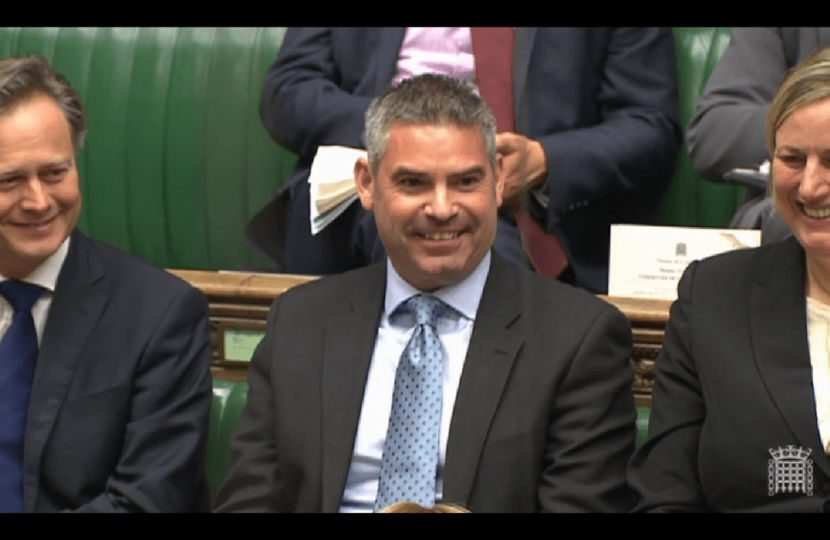 Business in the House of Commons has really started to move and in the last couple of weeks have seen the first votes of the new Parliament.

The voting process itself is an interesting phenomenon. On declaration of a vote, or “Division”, by the Speaker, everyone wishing to take part has 8 minutes to reach the chamber to cast their vote before the doors are locked.  Bells ring across the Parliamentary Estate to let MPs know of the Division and the mad dash to get there on time starts! Obviously, if you are already in the Chamber, then there is plenty of time, but as votes can come at any point during the day, we can be in meetings or in our offices working, so it is a little more challenging. To put this in to some sort of context, the office that I have been allocated is a 6 minute walk to the Chamber on a clear run. And there are others further away!

Once we get to the Chamber, depending on how we intend to vote, we go into one of two Lobbies - For or Against. At the end of each Lobby are Clerks who simply cross off your name to say which way you voted and then MPs who act as “Tellers”, who count the number of people crossing through each lobby. We then all return to the Chamber to hear the result, which is delivered by the Tellers to the Speaker, who then announces them to the House.

The Lobbies serve another important purpose though, as it is one of the few points that MPs at all level will get together and gives backbenchers, such as myself, one of the few opportunities to directly access Minsters, the Cabinet or even the Prime Minister, to “lobby” them on local or national issues on a one to one basis.

One of the key votes we made was on the EU Referendum Bill and I was very pleased to support the Government in ensuring that this will be held by the end of 2017. During my election campaign, this was one of the main things that people wanted to see put in to place as soon as possible and we have delivered on this promise. I think it is very important that the Prime Minister now has a clear mandate to renegotiate our terms of membership of the EU and then put those terms to the British People for them to decide, giving them their first say on the subject since 1975.

Back in the constituency, my diary has quickly filled up and one of the most rewarding parts of being an MP is to meet with constituents and visit local events, businesses and charities. My first engagement was at the famous “Bun Day” in Bedworth and I have since attended Carnivals, toured several local businesses, help start a Charity Bike ride and today, I opened the Waterloo Day celebrations at Middleton Hall run by the Peel Society. Variety really is the spice of life! If there is anything that you would like me to come along to, please let me know via email - craig.tracey.mp@parliament.uk or telephone my office on 020 7219 5646.

On a personal note, tomorrow (Monday), after numerous attempts, I have finally been selected to ask a question in the chamber during Questions to the Education Secretary. It is an exciting prospect to make my first contribution and readers can rest assured that this will be the first of many on behalf of the residents of North Warwickshire and Bedworth.