View from the House Column 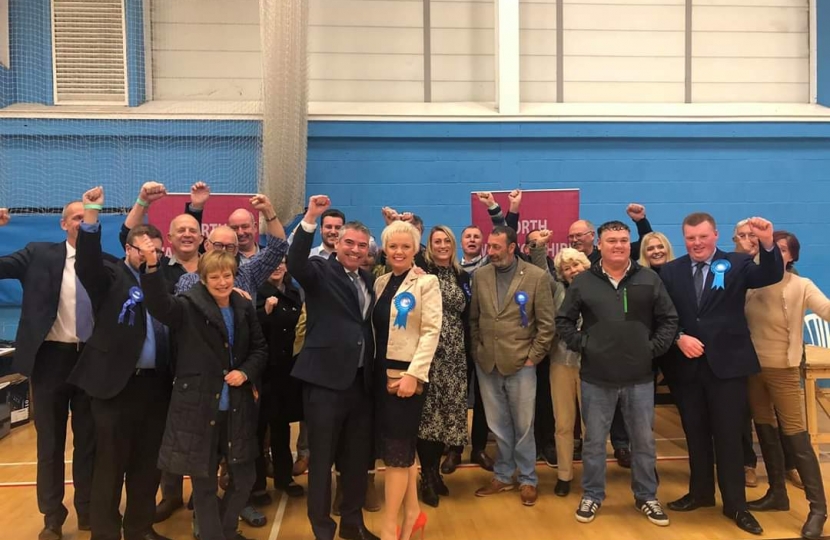 The Christmas and New Year period is traditionally a time for reflection as the year draws to a close, so it was extremely poignant for me to look back on 2019. If someone had told me at the start of the year about everything that would unfold during the year, understandably I wouldn’t have believed them!

First and foremost, I felt an enormous amount of gratitude to those of you who put your trust in me in December’s General Election.  When I became the Conservative candidate for North Warwickshire and Bedworth back in 2015 and was defending a majority of just 54, I could never have imagined that only four years later I would have a majority of nearly 18,000.

I would like to say a huge thank you to everyone who voted for me and as I said on election night, it is a huge honour to represent the place I have called home for the past 20 years in Parliament.  I will always do my upmost to work for the interests of local people and make sure your views are represented in Westminster. The overall election result gives our Government the opportunity to deliver on its manifesto commitments and it is my belief that the outcome was as much based on returning democracy as it was about Brexit.

That said, I was very pleased that one of the first pieces of business brought forward by our new Conservative Government was the vote on the Prime Minister’s plan to leave the EU on the 31st of this month.  The strong majority we won at the election has enabled this crucial legislation to pass through the house smoothly at long last.

In the words of the Prime Minister the Bill, “…ensures we depart on 31 January. At that point Brexit will be done. It will be over.  The sorry story of the last three years will be at an end and we can move forward."  It gives me great pleasure to be able to say that we are finally on our way to leaving the EU and will be able to focus on our promise to improve local people’s lives by investing in our NHS, delivering more police onto our streets and levelling up opportunity across the UK.

One of our key areas of focus during this Parliament will be the Environment.  We have recognised that our climate is in crisis and will be working hard to deliver our promise of a zero-carbon economy by 2050.  The importance of this work is starkly highlighted by the devastating fires currently sweeping Australia.

My thoughts go out all those affected, especially those who have lost loved ones.  The fire fighters, many of whom are volunteers, have shown unbelievable bravery and commitment to protecting their communities. They are an example to us all.  I pledge to do my part to work towards both achieving zero-carbon in our country and making sure that our Government leads the world in showing how this can be done in an effective and sustainable way.

While on the subject of bravery and service, I would also like to commend the ongoing work of our armed forces in the Middle East, particularly the 400 military personnel based in Iraq.  Their mission to train local troops has been an important part of the plan to ensure the long-term stability of the region.  I was concerned to learn that this mission has been ‘paused’ over safety concerns amid heightened tensions in the region with their focus now being the protection of the bases where they are stationed.

I know that this will be a worrying time for those on the ground in Iraq and their families, so I will be pressing the Government to ensure that the safety of our troops and all other UK nationals in the region, is put front and centre of our strategy to deal with events as they unfold.