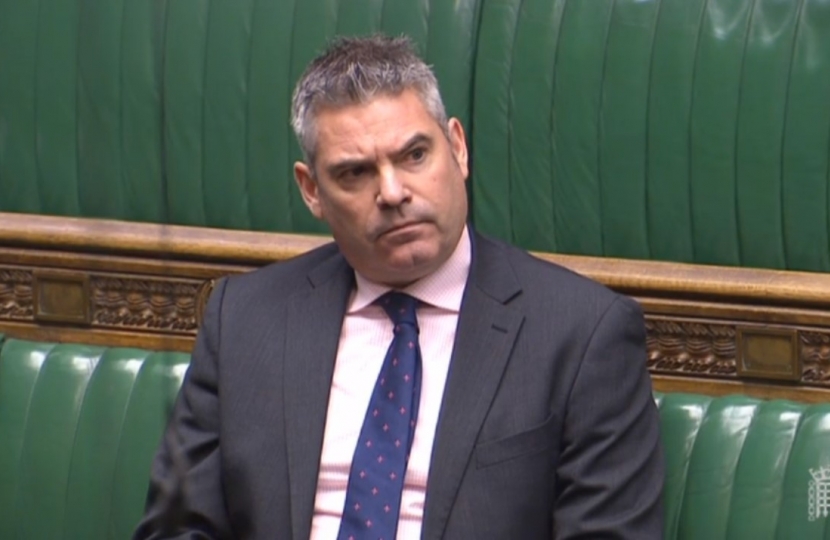 Local Member of Parliament Craig Tracey today questioned Ministers in the Department for Exiting the EU.

12. What recent discussions he has had with the Secretary of State for Environment, Food and Rural Affairs on support for farmers after the UK leaves the EU.

We continue to work closely with the Secretary of State for Environment, Food and Rural Affairs on support for farmers. The Government will provide the same cash total in funds for farm support until the end of the Parliament to maintain stability for farmers as we seek to grow our world-leading food and farming industry in a sustainable way. Furthermore, the Government are currently consulting on future farming policy, seeking views on a range of possible paths to a brighter future for farming.

Recently I met local National Farmers Union farmers in my constituency who are frustrated by the complexity of and frequent delays in the EU’s basic payment scheme. When working with the Environment Secretary, will the Minister encourage a simpler system that will see farmers paid on time once we leave the EU

Yes, we will give such encouragement. I know that my colleague the Secretary of State for Environment, Food and Rural Affairs has listened to concerns and is consulting on arrangements to simplify and improve the delivery of the common agricultural policy while we continue to participate in it. Outside the CAP, with a system based on simpler and more effective rules, we will be able to support farmers to grow more, sell more and export more great British food.

T2. Does my right hon. Friend agree that remaining in a customs union after Brexit would prevent one of the major opportunities presented by leaving the EU: taking control of our trade? [904401]

My hon. Friend is exactly right. As the Under-Secretary of State for Exiting the European Union, my hon. Friend the Member for Fareham (Suella Fernandes), said earlier, that is one of the great prizes that will come out of our departure from the Union. Indeed, I am rather sorry that the right hon. and learned Member for Holborn and St Pancras (Keir Starmer) did not raise the issue of a customs union explicitly. I know that he has difficulties with his own leadership on these matters, so I thought I should find a leader of whom he did approve, Mr Tony Blair, who said:

“So the way I look at it is that the Labour party position is: it’s pulled up its anchor and it’s left the kind of, what looks like a safe port, but actually isn’t, of being in the same position as the Government…but they’d be very unwise to drop anchor at the customs union, because the truth is that doesn’t really resolve your problems. By the way, it doesn’t really resolve your problems in Northern Ireland, either.”