Summer Recess and return to Parliament 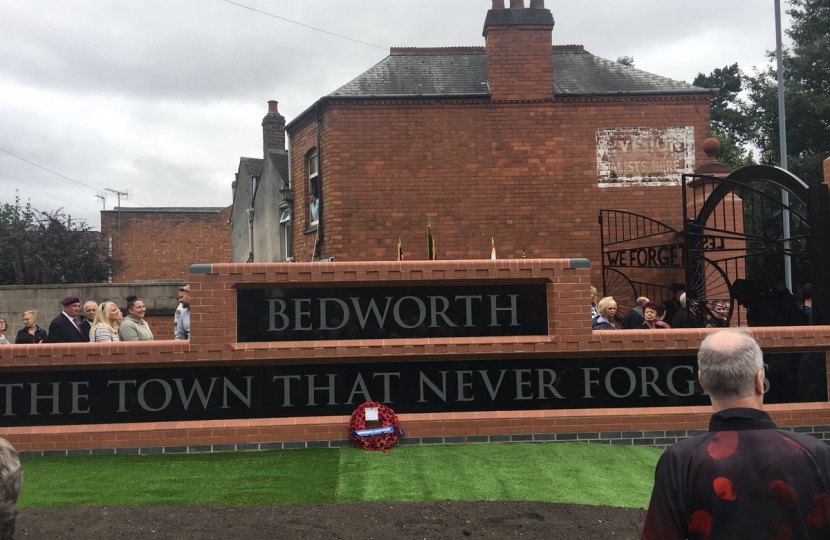 Being back in the constituency during the summer recess was both welcome and enjoyable.

It was a chance to visit community groups, local businesses and meet more people than I would normally be able to during a typical week in Parliament.

It never ceases to amaze me the sheer number of inspirational local people I meet and it makes me very proud to be able to represent our community.

For example this was clear on my visits to local Air Ambulance and regular Ambulance hubs to meet the people who save lives across Warwickshire.

A particular highlight was the opening of the new gates at the memorial wall at Bedworth Miners Welfare Park. What a fantastic tribute to those who have given the ultimate sacrifice defending their country. Again another reason to be so proud of our community.

When Parliament returned it was straight back into the thick of things in regards to legislation. The first one being the Civil Liability Bill, a debate I spoke in and was subsequently placed in the Bill Committee. I support this Bill as it offers key reforms in an area that affects every motorist.

It will bring about long-overdue reforms of personal injury compensation. It will provide a fairer system for claimants, insurance customers and taxpayers by creating a more proportionate compensation system in the case of both whiplash-style claims and claims to which the personal injury discount rate is applied.

The Bill will also save the NHS a striking amount of money. The NHS Confederation has said that “the rising cost of clinical negligence is unsustainable” and that “compensation must be balanced against the ability of society to pay.” The Bill would review how compensation is calculated.

Since then I have also taken part in a debate on HS2. Obviously the line route does not impact on Bedworth, but many residents will know people or who have family who are directly affected by the HS2 proposals and will possibly lose their homes. Moreover, it affects everyone as the taxpayer will be footing the astronomical bill. I continue to fight the project and believe the money can be invested in far better ways.

I was also pleased to be appointed as PPS (Parliamentary Private Secretary) to DEFRA (Department for Environment, Food and Rural Affairs). As an MP for a large rural area I am really happy to be able to support this department at a crucial time. The Agriculture Bill, which has just been announced, will be a flagship policy which will support our farmers and environment as we leave the EU.

This is now the period that Party Conference season starts. This year’s Conservative Conference is in Birmingham. These conferences are an opportunity for political parties to make new policy announcements, and, when you throw Brexit into the mix, it should prove an interesting time in the world of politics.