Reflecting on the Conservative Party Conference 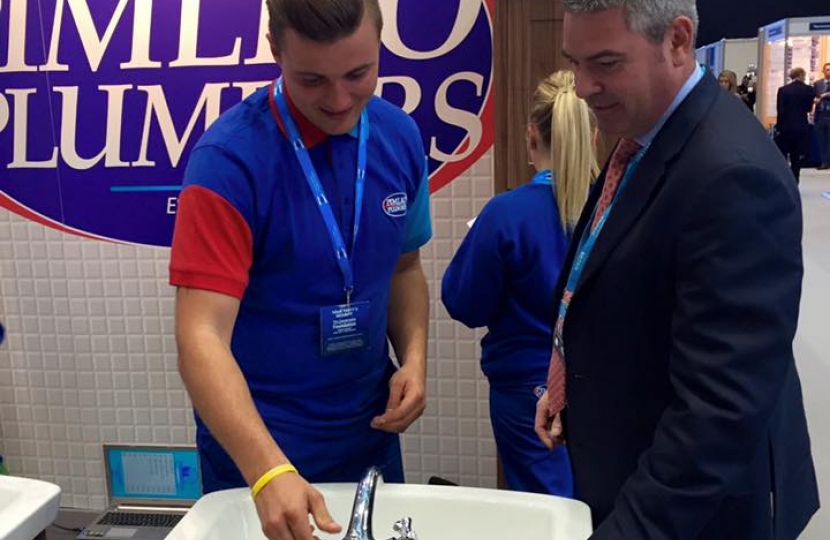 Having just returned from the Conservative Party Conference, it is clear that we have a definite message about what the Conservatives stands for; Stability, Security and Opportunity.

Last year Karen and I attended Conference in Birmingham as newlyweds – I’m afraid the honeymoon was on hold! This year I was very proud to be attending in Manchester for the first time as Member of Parliament for North Warwickshire & Bedworth.

Party Conference season is an opportunity for Political Parties to really show, not just to their members, but to the wider public of what they are truly about, the agendas they wish to set and the issues they want to campaign on.

During this conference I took part in a number of events including chairing a debate on the digital economy and speaking in another debate on youth employment & ensuring opportunities for the next generation. It’s both enjoyable and interesting to listen to different points of view and engage with others. There are many organisations and good causes exhibiting at party conference on dozens of stands. One which stood out for me were the Global News stand, including Heart FM who were publicising their ‘make some noise’ campaign in aid of a number of charities. One of the charities they are supporting is Zoe’s Place who have a hospice in Ash Green, Bedworth, for babies and very young children with life threatening illnesses; a tremendous charity that makes a massive difference to young lives.

This year there was a feel good factor following the success we had during the General Election in May, but we showed that it is not a time to rest on our laurels and put our feet up – there is still a lot of work to do.

The Prime Minister’s passionate speech really spoke about modern British society. In particular , its strengths, but also the challenges we need to overcome in the years ahead to make Britain greater still. David Cameron set out why we are the Party for working people - we have lowered taxes whilst introducing a national living wage, giving the lowest paid workers a pay increase. We are also introducing further reforms to help people realise the dream of owning their own home by offering affordable houses to buy rather than to rent. This is in addition to the help-to-buy scheme and reduction in stamp duty which so many young first time buyers have benefitted from.

The Prime Minister also set out his belief that we need a society which allows people to reach the top regardless of background, ethnicity, gender or sexuality. He wants a more equal opportunity society that stands up to extremist ideologies and intolerance.

The Chancellor set out his reforming plans to allow local Councils to keep local business rates that are raised rather than filter up to central Government. A fantastic incentive for local authorities to promote business, economies and jobs.

Theresa May, the Home Secretary, announced that more needs to be done to reduce immigration and also common sense curbs to stop asylum claims from countries in the European Union.

The Conference has shown to me that we are a serious Party of Government who has been given a clear message from the British people in May. We are getting on with the job of fixing the economic roof whilst the sun is shining, making sure that work always pays, promoting opportunity and ensuring that we have both the economic and physical security which will allow Britain to flourish in the years ahead.