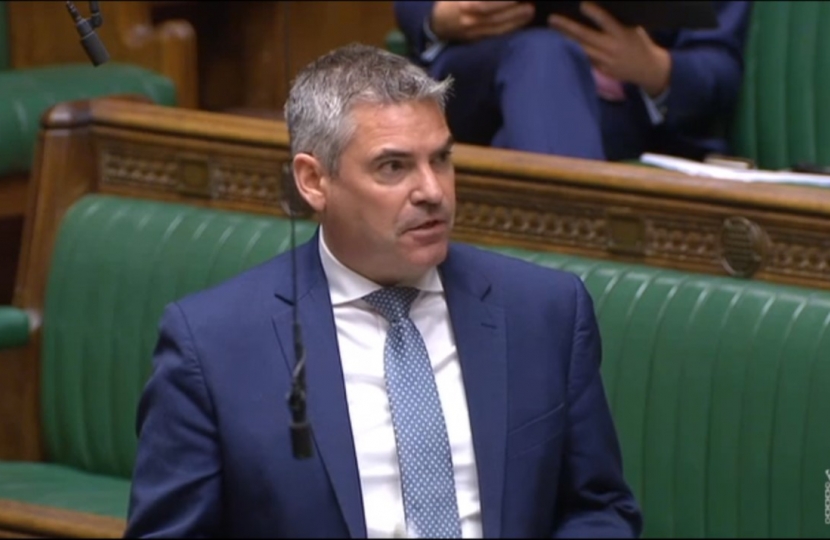 I promised that I would update residents on the rationale as to why I didn’t support last nights “Meaningful Vote” on the Withdrawal Agreement.

Firstly, it is worth mentioning that when I took on this job, I realised that it was incredibly unlikely that I would be able to keep everyone happy, so it has always been very important to me that I keep to not only my own principles but the Manifesto commitment that I was re-elected on in 2017.

The reality of the situation is that I still stand by our commitment to leave the Single Market and Customs Union, I agree that “No deal is better than a bad deal”, I agree that we would be leaving “on the 29th of March with or without a deal”, I supported the Prime Ministers commitment to “obtain legally binding changes to the Withdrawal Agreement” and I agree that our instruction from the referendum was to “take back control of our laws borders and money”. In short, my position has remained completely consistent and not changed at all…It is the actions and language of those who want to block Brexit who have essentially changed the landscape, with the gradual introduction of no Brexit being floated as being a real possibility.

As I have detailed before, the majority of the deal that the Prime Minister has negotiated, whilst no means perfect, is largely acceptable, but the critical point remains the “Backstop”. This mechanism has the potential to trap us indefinitely in a void whereby we are in a customs union but without the ability to have input to the laws that will Govern us. To put this into context, we would be in a situation whereby 27 of our closest competitors would essentially be legislating for us, without us having the ability to amend or any way of us terminating the agreement. I would question whether any sensible business would enter into a contract like this…? Yet that is what we are being asked to agree to the EU under the current Withdrawal Agreement.

With that in mind, I was encouraged to hear on Monday night that the deadlock had seemingly been broken and the necessary legal changes to the backstop had been agreed. This gave the prospect of getting a deal which we could get behind, deliver on the promises made and move on to the next stages of the negotiations having cleanly left the EU.

As ever with these agreements, the devil is in the detail though and so before approaching last nights vote, I wanted to ensure that I had looked very carefully at the legal advice given both by the Attorney General and others with significant Legal expertise who looked in detail at the amended terms in the short time given.

Sadly, the combined advice received, essentially amounted to the same message. Nothing significant had changed.

The Attorney General admitted that the tweaks to the backstop were not legally binding and that whilst they reduced the risk of the UK being trapped in the Backstop Protocol, critically, it didn’t remove it.

Additionally, there still wouldn’t be an exit mechanism from the Protocol which would be under the UK’s control. Instead, it would either need the EU’s consent or require arbitration, which is not only likely to be a lengthy and uncertain procedure but also require reference to the European Court of Justice for any questions of EU law involved.

None of this sounded like taking back control to me.

With these factors in mind, I had no option but to vote against the deal on the table and send a clear message again to the EU. I will also vote not to take “no deal” off the table, and if it comes to it, against a lengthy extension of article 50.

On a final point, I find it extraordinary to hear again today from the EU negotiators that Parliament has to tell them what it wants. It has! Not only have we set out conclusively what is not acceptable, a clear instruction of what we would agree to was given on the 29th January, where there was a majority vote for the “Brady Amendment”. Something they are acutely aware of that. I would put it that it is not a case of us not asking, but more the EU not listening...

I accept that there has to be compromise in any negotiations and feel that we have given more than our fair share. It is over to the EU now to see what they offer, but the clock is again ticking. Parliament has legislated to leave on the 29th March this year and that is still what I want to see.