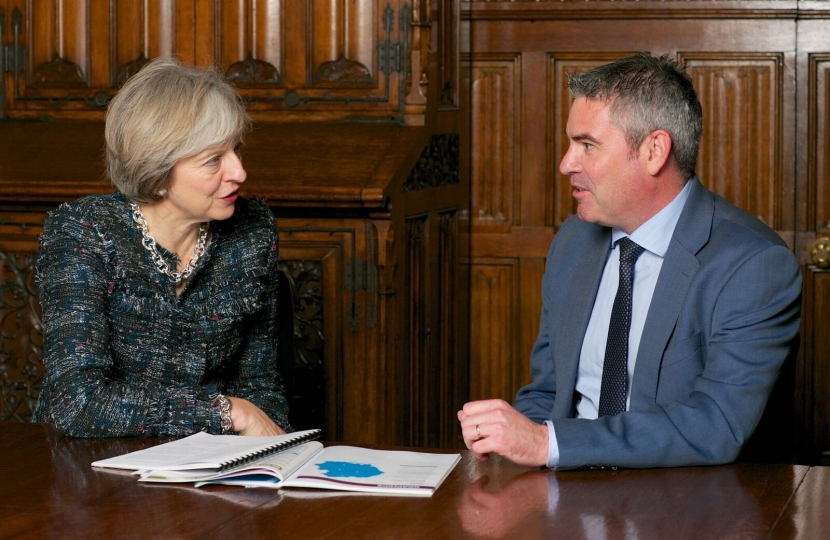 Prime Minister Theresa May gave a keynote speech on Brexit on Tuesday which was significant for many reasons.

Mrs May outlined that we will prioritise immigration controls over membership of the single market. The PM acknowledge that the sheer volume of net migration has put pressures on our systems and services.

Current EU rules stipulate that without freedom of movement within the EU – an open door immigration policy without limits – tariff free access to the single market is not possible. This is a prime example of the EU being unwilling to reform and a key reason for why the UK voted to leave the EU.

I was pleased that the PM confirmed that Britain will regain full control of our own laws including leaving the European Court of Justice. It will be for our Government alone to make, repeal or change our own laws.

Positively Mrs May also confirmed that all workers’ rights will be protected after we leave the EU.

The Prime Minister said that she wants Britain to emerge as a new global leading and trading nation and as equal partners with the EU, but not part of it or ‘half in, half out’. Mrs May has called for a new constructive partnership, something I am looking forward to.