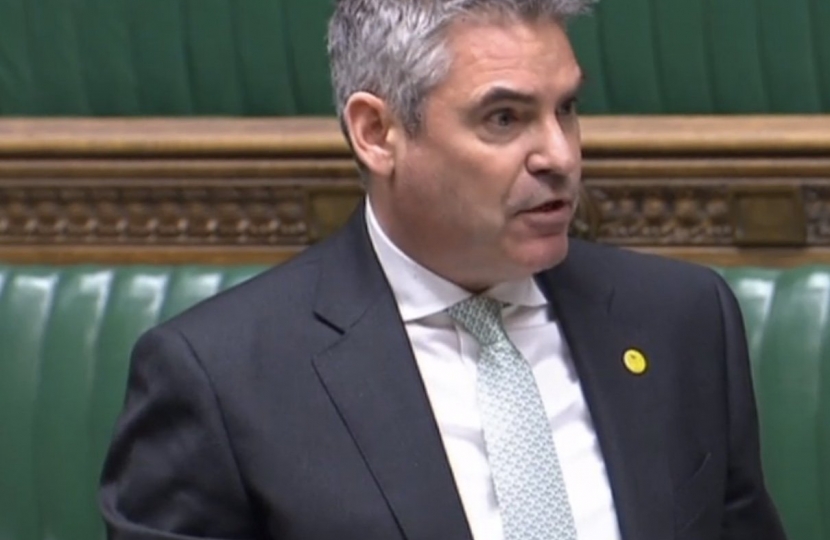 Following reports in the press of the ‘super human’ performance of George Eliot staff over 2019’s extremely busy Christmas period, Craig Tracey MP has ensured that their efforts have been recognised at the highest level.

On Wednesday 15th January the North Warwickshire and Bedworth MP highlighted the hard work of the team at George Eliot during Prime Minister’s Questions, offering his thanks and inviting the Prime Minister to do the same and he was happy to oblige.

Craig commented, “Our local community is very lucky to be served by the dedicated and hard-working staff at the George Eliot.  The care they give to local people is second to none and over the Christmas Period they really went above and beyond to cope with a sharp increase in demand for services.

During my regular meetings with the Chief Executive and Chair of the George Eliot, they always sing the praises of their staff, but never more so than after this Christmas.  I wanted to make sure that the Prime Minister is aware of this and for him to reassure the hospital and local community that plans are in place to enable the George Eliot to retain and attract the talent they need for the future.”

The full text of Craig’s question was:

“Staff at my local hospital, the George Eliot, have been praised by their bosses for the superhuman effort that they put in during the Christmas period, which was not only their busiest on record but the fourth busiest across the whole of the west midlands. Will the Prime Minister join me in thanking them for the amazing work that they do? Will he also update the House on the progress of the NHS workforce plan, which will be key to ensuring that hospitals such as the George Eliot are able to attract and retain the inspirational people we all rely on to deliver our healthcare services?”

“I congratulate my hon. Friend on everything that he is doing to campaign for the George Eliot Hospital in his constituency, and I thank the staff there for everything that they do. The people plan will be coming forward in the spring, but I fancy that he already knows some of the details: 50,000 more nurses, 6,000 more doctors in general practice and 6,000 more primary care professionals in general practice. Today, as he knows, the House is legislating to ensure that we guarantee record multi-year funding for our NHS.”

Chief Executive of George Eliot Hospital NHS Trust, Glen Burley said: “Every member of our staff is contributing to keeping our patients safe during this busy time - often in challenging circumstances. They are doing themselves, our organisation and our patients proud. I am delighted that they have been thanked at national level. They fully deserve it.”