Police in Warwickshire to receive up to £7m in increased funding 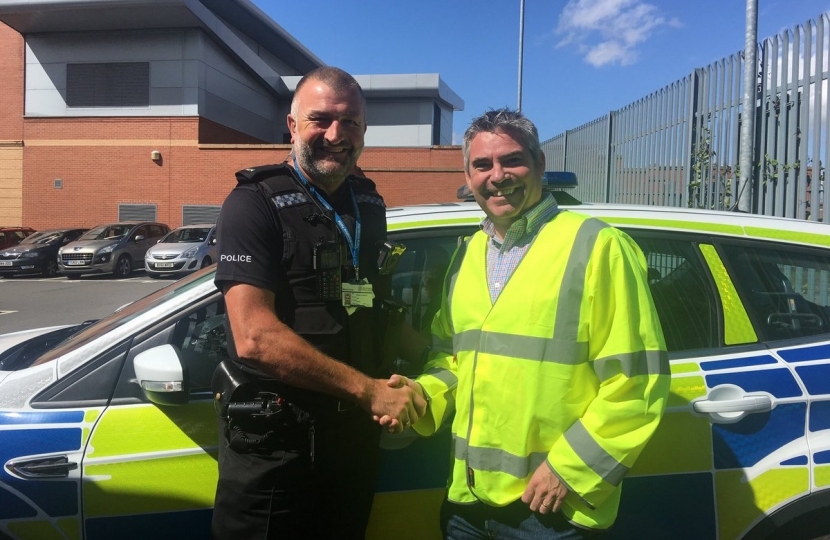 Craig Tracey MP for North Warwickshire & Bedworth has welcomed a Government announcement of significant funding increases for Warwickshire’s Police Force. The news follows the release of figures showing that crime was down in the area during 2018 compared to the previous year.

• A further grant of £0.9m to assist with increased pensions costs.

• Flexibility for the Police & Crime Commissioner to raise Council Tax precept by £2 a month for a typical (Band D) household. This could raise up to £5m in local precept to improve policing in your area.”

Craig commented:
“This is welcome news for local residents and shows that as our economy has turned a corner, we are able to invest further in our public services. This will help provide our local Police with the resources they need.
“I am pleased that Warwickshire Police and Crime Commissioner Philip Seccombe last year recruited 50 more front line officers (around 25 of whom will be active in the North Warwickshire, Rugby and Nuneaton and Bedworth areas), these are in the process of being comprehensively trained and will be in action on the ground from around March of this year.
“Philip is currently consulting on the local precept contribution – if the full amount is decided upon this could create up to 100 more front line staff. I would encourage all residents to take part in the consultation by visiting https://www.warwickshire-pcc.gov.uk/views-sought-on-budget-plans-to-recruit-more-police-officers/  The Chief Constable has also confirmed to me that these potential extra funds will be spent on front line staff.”

The most recent statistics show that crime has fallen in North Warwickshire; 6,088 crimes were reported from December 2017 to November 2018 compared to 6,193 in the previous year.

The coronavirus outbreak has highlighted the importance of our local communities pulling together in these difficult times and undoubtedly small local shops have played a tremendous role in supporting us all.