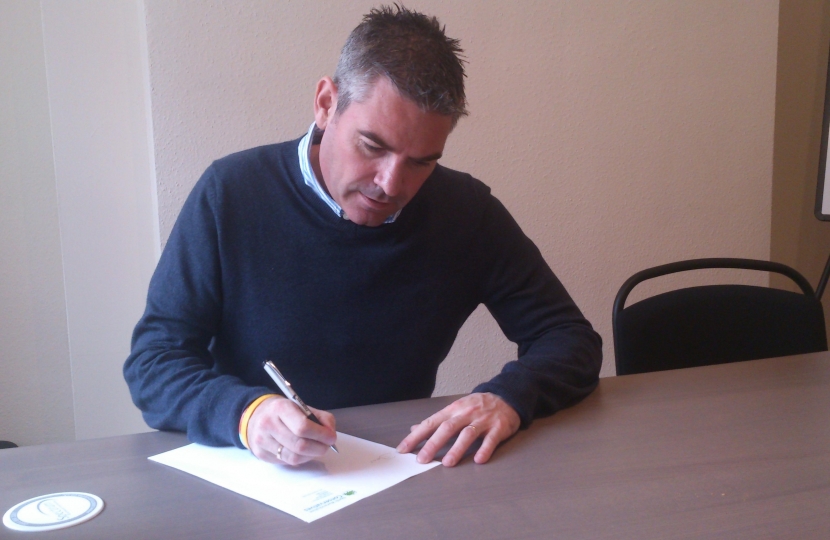 Craig Tracey, North Warwickshire & Bedworth Parliamentary Candidate, has welcomed the announcement that from yesterday over 24 million hardworking taxpayers will start to receive a new, personal Annual Tax Summary. This will set out how much direct tax they pay and how that money is being spent by the Government.

Craig commented: “This new initiative will mean many hardworking taxpayers in North Warwickshire & Bedworth will see exactly how their taxes are being used.

“Conservatives believe taxpayers deserve to know how the Government spends the money they have earned and paid in taxes. These new personal tax summaries will deliver exactly that - letting many taxpayers in North Warwickshire & Bedworth find out how much direct tax they’re paying and what it’s being spent on.

"This will mean fairer taxes for everyone, with hardworking taxpayers able to hold politicians to account for how money is spent.

“As part of the Conservatives’ long-term economic plan, income tax has already been cut for 26 million people, with the typical taxpayer’s income tax bill cut by £705 since 2010. In North Warwickshire an estimated 36,050 people have had their income tax cut, with approximately 4220 low earners taken out of paying income tax altogether – giving them greater financial security.”

The Conservatives have committed to go further after the next election and cut taxes for 30 million people by raising the personal allowance to £12,500, and lifting the threshold at which people pay the higher rate of tax to £50,000.

Craig Tracey, who is hoping to become the next MP for North Warwickshire & Bedworth next year, backs Conservative plans to cut inefficient and ineffective spending so we can reduce the deficit and cut income tax further.

24 million taxpayers (out of 29.9 million) across the country will receive a personal Annual Tax Summary. Tax Summaries are going to everyone who has updated their tax position in the last two years. Someone won’t get a summary if they haven’t paid income tax in the last year, or if HMRC is waiting for information – such as a change of address, or PAYE info from their employer.