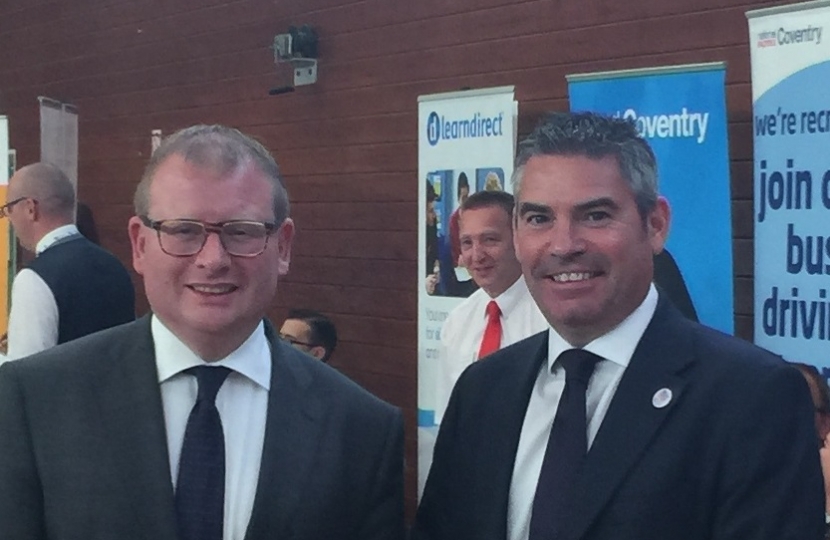 The voices in Parliament of Bedworth, Nuneaton and Bulkington have joined forces to call on Labour-led Nuneaton and Bedworth Borough Council to finally listen to residents and review their massive target of approximately 15,000 new houses across the Borough.

To date the Council have ignored calls from local Conservatives and residents groups to review down the targets, swelled by an overspill of 4,000 houses from Coventry which are the result of ineffective negotiations by Council Leaders. Residents groups are now gathering thousands of signatures against the massive housing targets and have received backing from the three local MPs.

With the Council's development plan set to be signed off in the next few months, the MPs believe the Council should use the powers available to immediately review the final plan and renegotiate the overspill from Coventry to reduce the housing numbers, taking pressure off using more and more green fields for development.

The MPs believe that the case to review the numbers downwards is boosted by Government housing need targets published earlier this year, which recommend a far lower target for housing in Nuneaton, Bedworth and Bulkington than the Council are forcing onto local people.

Member of Parliament for Bedworth, Craig Tracey MP, commented, ”The Council have repeatedly misled residents of the Woodlands and included the site at Hawkesbury in the planning at the 11th hour, leaving precious little time for consultation. They also had the opportunity to amend the Borough Plan before submission to use the Government Standard method for calculation housing need, something I successfully campaigned for in Parliament and which would have reduced the housing numbers. They chose not to take this approach and proceeded with the higher numbers. It is time for the Council to review their housing targets in line with current Government thinking"

Nuneaton MP Marcus Jones said, "Residents are angry, after many wasted years of political games and inaction by the Labour Council we have an inflated housing target that's just not necessary or acceptable for our area. We need new housing, but too many of our green fields have already been developed, putting pressure on roads and school places.

“There is a mechanism to review and reduce the Council’s ridiculous housing target, I call on the Council to listen to residents and Conservative councillors, and commit to an urgent review."

Rugby and Bulkington MP Mark Pawsey commented, “Whilst I believe there is an acceptance that new housing is needed across Nuneaton, Bedworth and Bulkington, it is clear that the Labour-run Council’s plans are excessive. The addition of 700 new houses in Bulkington would be completely out of proportion and dramatically alter the size of the village. The Council needs to urgently rethink its plans and should not be trying to simply force this size of new development on the local community.”