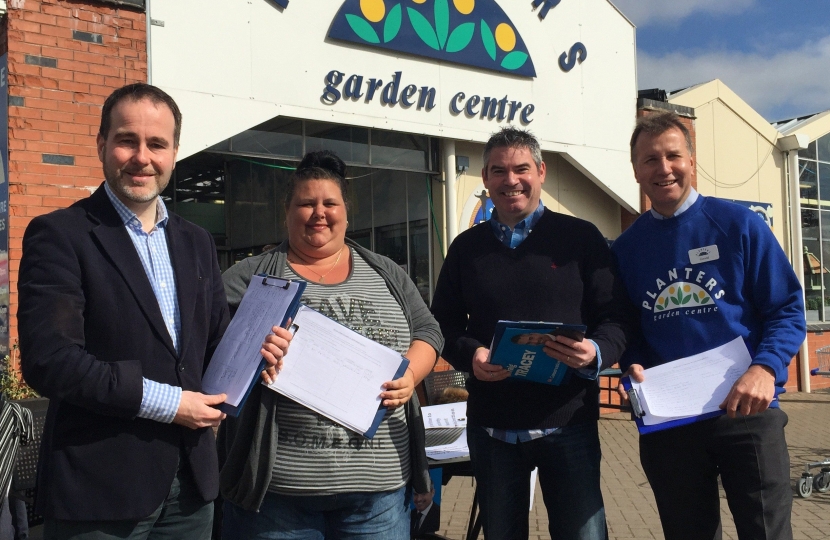 Craig Tracey, North Warwickshire and Bedworth’s Member of Parliament and Chris Pincer MP for Tamworth have expressed their concern for the people involved in another accident on the dangerous Trinity Road.

The road has become infamous after many serious accidents including two tragic fatal collisions in the last two years, one of which took the lives of three members of the same family. This week there was another collision involving a HGV and a car.

Craig commented:
“This is the latest accident on this dangerous road, thankfully there wasn’t a fatality. With the support of Angie Walker, who’s family were tragically killed after a road collision at the Trinity Road junction, I have ran a campaign to put in safety measures as a matter of urgency. I invited the Minister of Roads to see the junction for himself and he described it as ‘dangerous’. I have met with and urged the County Council on a number of occasion to input traffic lights and better lighting and signage on the road. We submitted a petition signed by thousands of local residents to take action. I am frustrated at the timescale and fear that without action another fatality is inevitable.”

Chris Pincher said:
“This road does not represent an accident waiting to happen – because the accidents have already happened and keep happening.  It beggars belief that we are still waiting for a response from the County Council.  The Transport portfolio holder must respond with plans for action – and quickly.”

Both MPs have written again to Warwickshire County Council to call for action to be taken.