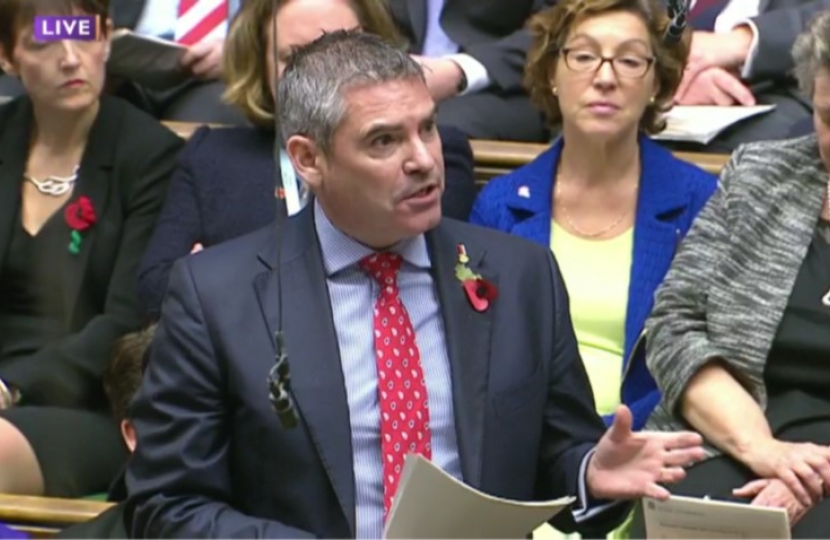 Happy New Year to you and your families.

After 2016 was so unpredictable, it would take a brave person to predict what 2017 will bring.

One thing we do know will happen is that Prime Minister, Theresa May,  will trigger Article 50 before the end of March. This will begin the formal process of the UK leaving the EU and gives a two year period of negotiations on how our relationship will look like by the end.

I have heard one or two misgivings that it has taken this long since the Referendum to trigger Article 50. As someone who voted to leave, like most residents locally, I believe it was a sensible decision by Prime Minister, to ensure that we are ready for the process before it begins.

Leaving the EU will not be a simple thing, there are so many agendas and much at stake in economic, social and political terms. The latter is where EU leaders will prove very difficult; they will not want to see other member states holding referendums on membership and will try to come down on us hard. However, looking at it from an economic point of view it is in everyone’s interest to strike a positive trade deal and ensure business and industry in the UK and EU have the best possible environment to be successful, to create jobs and boost our economies.

Another thing which will prove difficult to predict in 2017 is the political landscape. A report from the Labour affiliated Fabian Society have stated that Labour look set to lose swathes of MPs at the next election if Jeremy Corbyn and the hard left still have control of the party. The Fabian’s advocated a deal with the SNP in Scotland and other Parties in order for Labour to form a Government again. I would not bet against another leadership challenge before the end of the year.

Meanwhile, will the Lib Dems advocating strong 'Remain' sentiments see any sort of resurgence in 2017? How will UKIP fair without Farage? What will America look like with Trump as President?

For those of you who have an interest in politics and current affairs, here’s one safe prediction for 2017 – it certainly won’t be a dull year!