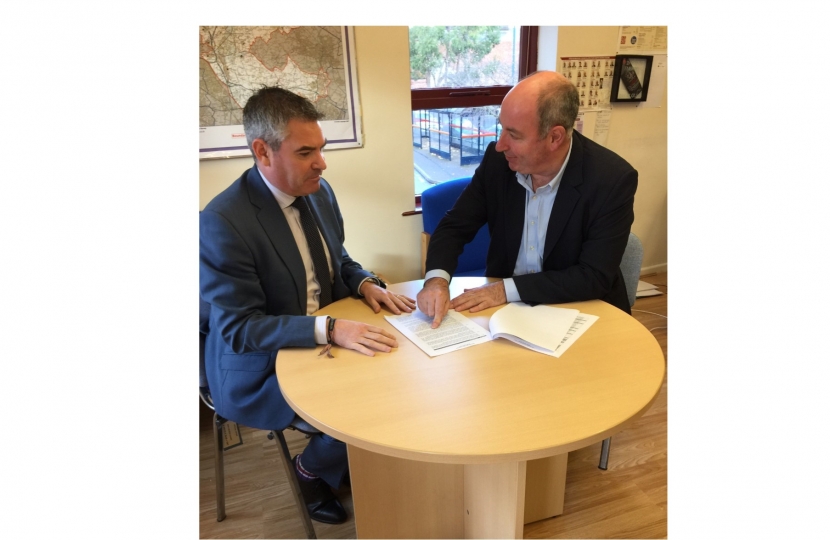 Craig Tracey MP and Cllr David Reilly have led the campaign to clamp down on boy racers near Coleshill and Hams Hall. The local Politicians have welcomed the decision to not just grant a street cruise injunction but a Judge at the High Court of Justice in Birmingham has now extended across the whole borough of North Warwickshire.

The injunction will come into effect from beginning of August, initially for three years and is subject to a review after 18 months and road signage.

The news means that gatherings for car ‘sports’ will be unlawful and gives civil powers to deal with the anti-social behaviour which comes with the boy racers. This will include the right of seizure of vehicles. The Police will now have the powers to fully act if gatherings take place.

Coleshill and Water Orton Councillor David Reilly, who sits on North Warwickshire Borough Council has said:
“This injunction will encourage the police in preventing this nuisance which has impacted on local residents for years. This sends a clear message that roads in North Warwickshire are not a race track. It has been fantastic to work with Craig [Tracey] on this issue, we have been doing so since 2015. It goes to show that tenacity and hard work pays off.”

Cllr Reilly teamed up with MP Craig Tracey on this issue three years ago after they were both first elected and residents raised concerns. Craig arranged a public meeting in Coleshill Town Hall and has supported North Warwickshire Borough Council over solving the problem.

The North Warwickshire MP said:
“Road safety continues to be a priority of mine. The issue of boy racers has blighted residents for too long. It is not just the safety concern, but also the noise, anti-social behaviour and intimidation. I am really pleased that the injunction has been granted, not just in problem areas such as Coleshill and Bassetts Pole, but across the whole of our local Borough.”