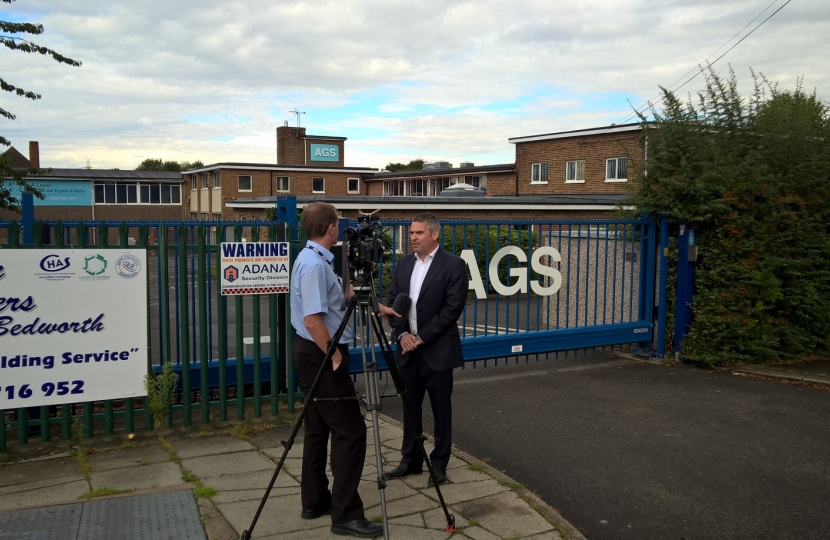 Recent events with illegal Traveller encampments at two local schools, Ash Green in Bedworth and the Queen Elizabeth in Atherstone, have quite rightly caused huge concern for residents across the constituency.

There has been public outrage not only that it seems that schools were deliberately targeted, subsequent damage done whilst they were on site but also the considerable cost of the clean up either at the schools own or tax payer expense.

Having been involved in working with the schools during both of these incidents, I found it unfair that in the first instance, as landowners, the onus fell on them to evict the illegal encampments. Undoubtedly, their decisive action in taking the necessary steps helped the issue to be dealt with promptly and I would commend them for their action, but it is clearly not right that the responsibility should fall on their shoulders to act. Where is their protection?

At this stage, I think it is useful to point out that when Travellers set up illegally on land, it is currently dealt with as Trespass, so is a Civil rather than Criminal offence. This means that the police have very limited powers to act. If a criminal offence is committed, then the police can intervene but it often difficult to prove who committed the act and then decide what action to take. In a strange twist of fate, it may even prolong the eviction of the offenders, rather than expedite it!

However there are exceptions to this and the Ash Green issue was resolved when the Police used Section 61 notice to remove the Travellers. This is a discretionary power that they have but can only be used when certain conditions are met. In this instance, it proved an extremely powerful tool and once issued saw the caravans move on very quickly.

Action is clearly needed and having reviewed the system over the last few weeks, I will be working firstly to see how we can tighten the law so that there is greater protection for the landowner and that anyone found trespassing is moved on without the need for costly legal action. Secondly, what additional powers can be granted so that clean up costs are met by those causing the damage rather than the victims and finally, looking at the current powers that the local authorities have at their disposal to ensure that they are correctly and promptly enforced, should the situation arise again.

On a happier note I was delighted to be able to visit the Newdigate Road Allotment Association (NRAA) in Bedworth recently.  One of my favourite parts of the job is to go out and meet local groups and this proved to be one of the real highlights so far!

This community project is a real inspiration and it was fantastic to see gardeners of all ages working together on such an incredible project. The collaborative work done on their ability garden, was particularly impressive and their attention to detail to create facilities for keen gardeners who are less abled is to be highly commended.

The NRAA have really worked hard to accommodate everyone and also do a lot of fundraising for worthwhile causes. James and the allotment holders are real community heroes and I am already looking forward to my next visit!

If you would like to find out more visit http://nraabedworth.wix.com/nraa