Government to boost NHS funding by over £20bn 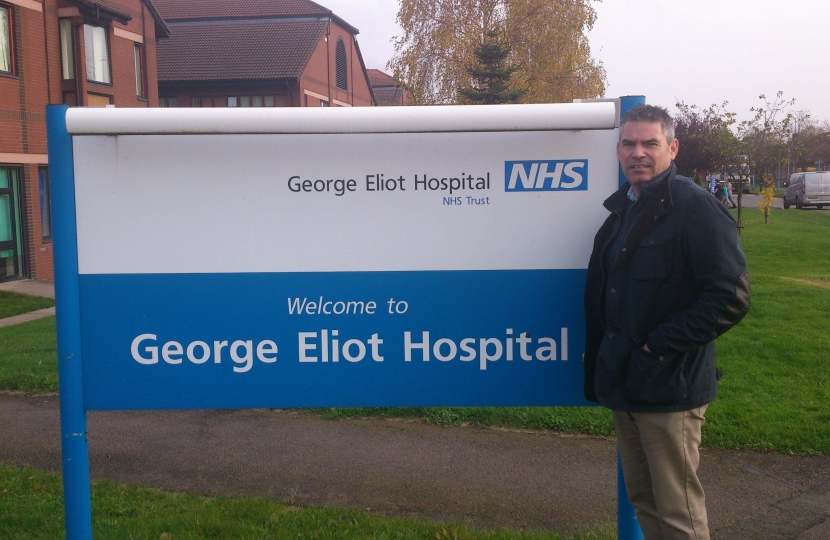 Craig Tracey MP, for North Warwickshire and Bedworth, has welcomed the Government’s announcement for major new investment in the National Health Service.

Under the plan which was unveiled by the Prime Minister Theresa May, NHS funding will grow on average by 3.4 per cent in real terms each year from 2019-20 to 2023-24 - considerably more than the 2.2 per cent which Labour have committed to. And by 2023-24 the NHS England budget will increase by £20.5 billion in real terms compared with today.

Local MP Mr Tracey commented:
“The NHS is one of the major priorities of local people in North Warwickshire and Bedworth and it is reassuring to see it being the number one spending priority for the Government. This investment will provide NHS funding an additional £394 million a week more cash in real terms.  That is even more than the figure mentioned during the Brexit campaign which showed an example of what our contribution to the EU could be better spent on.

“This will be part of a 10 year plan which NHS England will draw up and will be accountable to the public, taxpayer and patient. This investment, alongside previous funding increases must go hand in hand with improved efficiency – removing waste in the NHS. I think this shows that the Conservatives are prepared to manage our finances properly and as a result we can fund long-term investment to make our NHS sustainable.”

The Prime Minister stated that:
“ We are putting the social care system on a sustainable footing. We recognise that the NHS and social care are closely linked, and will ensure pressures on the NHS do not rise because of changes to social care services. Last year we provided an extra £2 billion for social care and we will bring forward further proposals for social care reform later this year.”