Election is the only way to break Parliament Deadlock 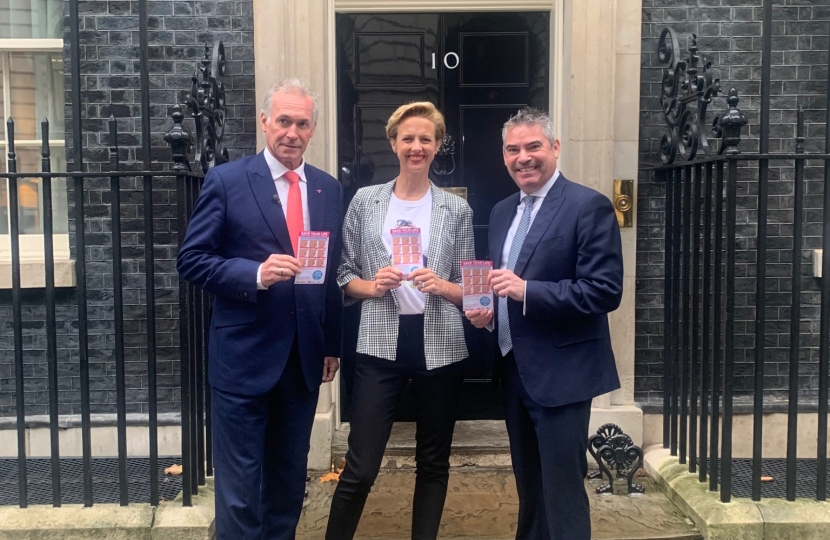 It’s fair to say that it’s been quite a couple weeks in Parliament since my last column.  We have finally found a way to break the impasse over Brexit and will be going to the polls in December for the first time in over 100 years.

Ideally an election wouldn’t have been necessary, but while this Parliament has been very good at saying what it doesn’t want, it has proved that it cannot agree on a constructive way forward.  I want next year to be a great year for our country, but to make this happen, priority number one needs to be to get Brexit done, then make the most of the new opportunities available to us outside the EU and focus on the broader issues that really matter to people.

I am proud to stand by my record of action since 2017.  Over the next few weeks, whatever the weather, I will be out and about on the campaign trail.  Please come and speak to me if you spot me in your area, I am always keen to listen to local people’s views.

As this Parliament draws to a close, I was pleased and proud that one of my last engagements was bringing ITV’s Lorraine Show’s "Change and Check Campaign" to Downing Street.   As chair of a Parliamentary Group on Breast Cancer, I have been working with the show to promote the campaign after a meeting in Parliament earlier this year.

The “Change and Check” visit to Downing Street marked the end of a UK wide tour of the "Boob Bus” which has been giving invaluable advice to women and men on spotting the symptoms of Breast Cancer.

The campaign was the idea of Helen Addis, a producer on the TV show, following her own diagnosis of Breast Cancer in 2018 and she joined me at No 10, alongside Dr Hillary Jones to deliver one of the campaign stickers live on air.

Following her diagnosis, Helen had the idea to encourage more women to check their breasts in changing rooms, which grew into the "Change and Check" campaign which aims to put a sticker reminding women to be aware of the symptoms of breast cancer are in thousands of changing rooms nationwide, with big names such as John Lewis, David Lloyd Clubs, Monsoon, ASDA and the Met Police already signing up.

It has been an honour to be able to help with this fantastic campaign. From the first time I met Helen, her energy was infectious and her drive to do something positive following her experience was so inspirational, I just had to get involved! These stickers really do have the power to save lives, as people have already been in touch to tell us it has, and I was delighted to take Helen to the doors of 10 Downing Street to deliver them their own sticker.

Through my ongoing work on breast cancer in Parliament and the impact this horrible disease has had on people close to me, I am well aware of the difference that early diagnosis of breast cancer can make. Quite simply, the earlier symptoms are detected, the more effective range of treatment options are available.

I would urge everyone to download their own leaflet and check for symptoms of breast cancer regularly.

Copies of the sticker can be found at: https://www.itv.com/lorraine/health/download-the-change-and-check-sticker