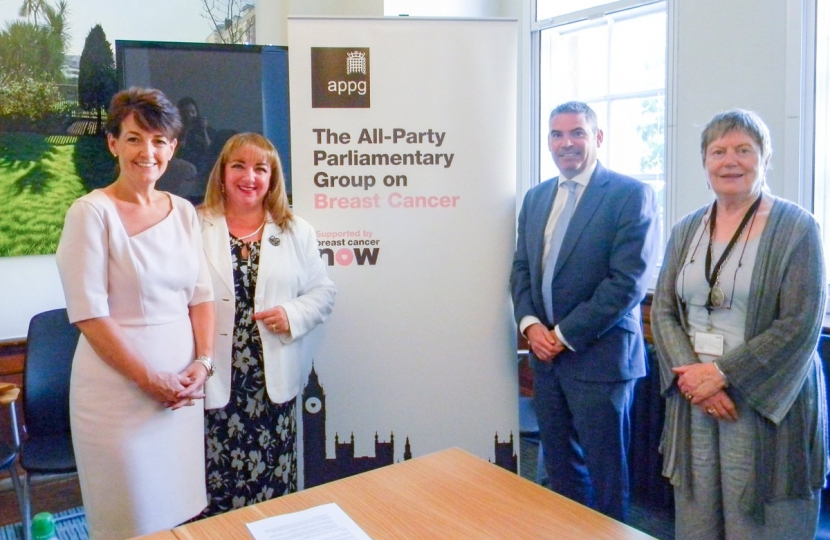 North Warwickshire and Bedworth’s MP Craig Tracey said he was delighted to play a part in NHS England’s recent announcement that Kadcyla will be offered to women living with secondary breast cancer.

The local MP is a co-chair of the All Party Parliamentary Group for Breast Cancer which has been campaigning on this issue and working with the charity Breast Cancer Now. They have been calling for Kadcyla to be made routinely available on the NHS for patients suffering with secondary breast cancer.

Kadcyla, also known as trastuzumab emtansine, would have cost around £90,000 per patient at its full list price. It is licensed to treat HER2-positive breast cancer which has spread to other parts of the body, cannot be surgically removed and has stopped responding to other treatments. NHS England and Roche have agreed a confidential arrangement for reimbursement of the drug.

Treatment gives patients an average of an extra 6 months of life, with improved quality of life and less side-effects, allowing them to live much more active lives than other treatments.

“We welcome the news announced that Kadcyla will now be offered by NHS England, which will now benefit the 1,200 women living with secondary breast cancer who rely upon this drug treatment.

“Not only will this help extend the lives of those women living with this terminal illness, but, vitally, it will help to improve their quality of life too. This is why the APPG has campaigned on this issue, bringing together key decision makers, policy makers and campaigners to discuss a way forward to ensure the right outcome was reached for these women.

“This is absolutely the right decision and the positive outcome will offer a lot of peace and hope for the many women, along with their family and friends, who have had to live with a question mark over their future drug treatment. The announcement should be celebrated and congratulations must go to everyone for their hard work in fighting for this outcome.”