Developments are dependent on infrastructure 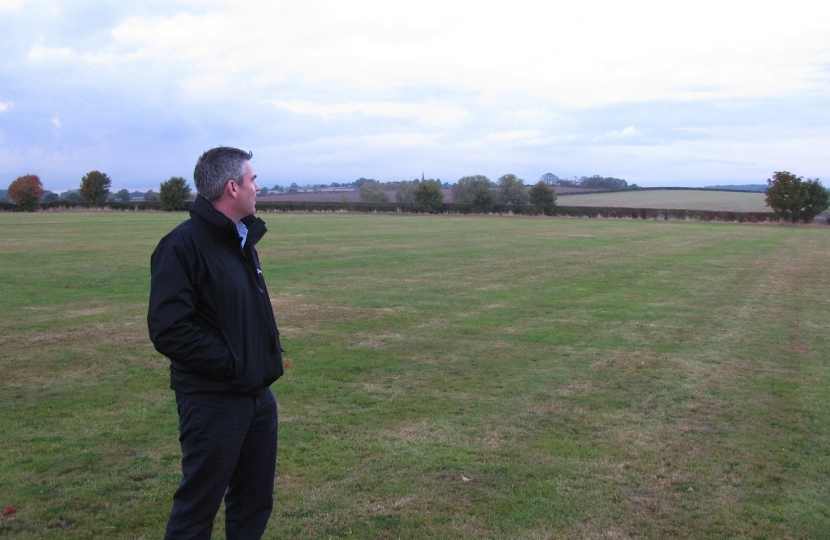 North Warwickshire and Bedworth’s Member of Parliament Craig Tracey has called for reassurances from the Government that housing developers will be made to pay their fair share towards infrastructure improvements.

This follows the Government’s recent announced plans for building the houses that the nation needs. The new strategy aims to tackle failures in the housing market that have resulted in the average house price in England in 2017 being nearly eight times average income. This has meant that families in their early 30s are now only half as likely as their parents to own their own home.

The Government also confirmed its continual support for protecting the green belt.

Speaking in Parliament Mr Tracey said:
“I welcome today’s statement, in particular the commitment to protecting the green belt. Can my right hon. Friend provide reassurance to my constituents, particularly in areas where significant development may be planned, that he will take steps to ensure that developers pay their share towards necessary infrastructure improvements, so that all local residents can benefit?”

Secretary of State for Housing and Communities Sajid Javid replied:
“I can give my hon. Friend that reassurance. One of the two consultations today is specifically about developer contributions—something that has not been looked at for years and years. It will deal with the issue of where, particularly with large developments, certain promises are made at the start that are never kept. That is unacceptable, and we are going to take action.”

This follows a joint letter from Craig Tracey MP and Marcus Jones MP to the Minister specifically highlighting the housing proposals and its impact to the A5 corridor. The North Warwickshire and Nuneaton MPs called for urgent action to improve local infrastructure. In the letter the local politicians stated:

‘Proposals of over 9000 new homes… to be delivered along the A5 transport corridor within the North Warwickshire and Nuneaton and Bedworth Boroughs… is an extensive target over a relatively small stretch of the A5 which currently experiences significant delays at peak times.  The A5 in this area is not fit for purpose for its current level of use, by both existing residents and large scale logistics businesses such as Aldi and TNT.  It is a confusing mixture of single and dual carriageways with a number of traffic islands that are not able to fulfil their function safely.  For example, the A5 at Dordon merges from a dual to single carriageway on an extremely small traffic island, a further island at Mancetter actually has residential driveways fronting onto it.

If the future developments outlined above are to have any chance of becoming a reality, urgent infrastructure improvements along this part of the A5 corridor are essential. Without it, quite simply, they will not be able to be delivered.  Failure to make adequate infrastructure improvements in this area will have a significant impact upon the regional economy and the everyday lives of local people.’

The Government has now launched a consultation on its reforms to planning which can be engaged with here: https://www.gov.uk/government/collections/national-planning-policyframework-and-developer-contribution-consultations