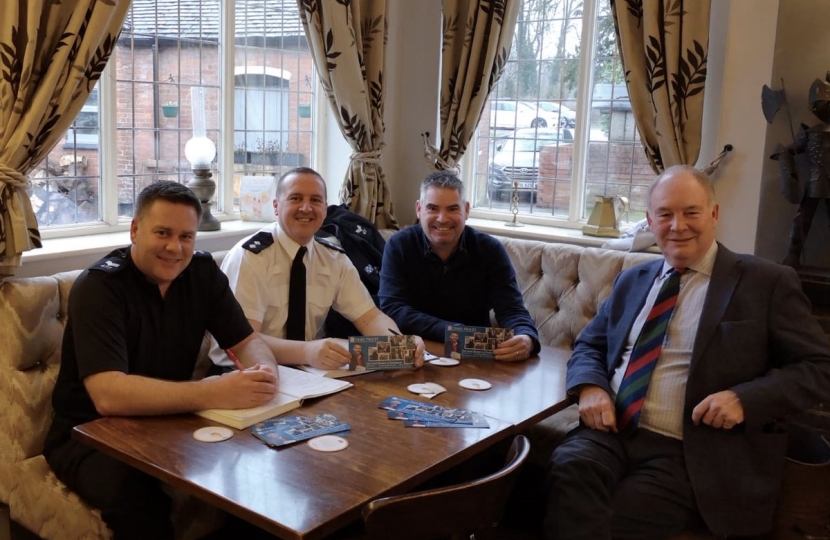 Local MP Craig Tracey has welcomed news that a new Inspector role will be created for North Warwickshire Borough.

North Warwickshire’s Member of Parliament Craig Tracey responded to the news:
“This is more positive news for our local police force and residents. Rural crime has a large impact in our community and it is reassuring for residents that our local police are tackling this issue head on.

“Last week it was confirmed that there will be an additional £7m funding investment in Warwickshire’s police force with 100 front line personnel to be created as a result. This is in addition to the 50 new officers shortly due to complete their training. Furthermore I welcome the fact that crime has fallen compared to last year locally. Although there is more to be done to prevent crime, particularly so called ‘cross border’ crime originating from nearby cities, I am encouraged that substantial and significant steps are being taken.”

View from the House Column

One of the greatest privileges of being MP for North Warwickshire and Bedworth is having the opportunity to work with the inspirational teams across the George Eliot Hospital in order to really get an appreciation for the day to day running organisation.