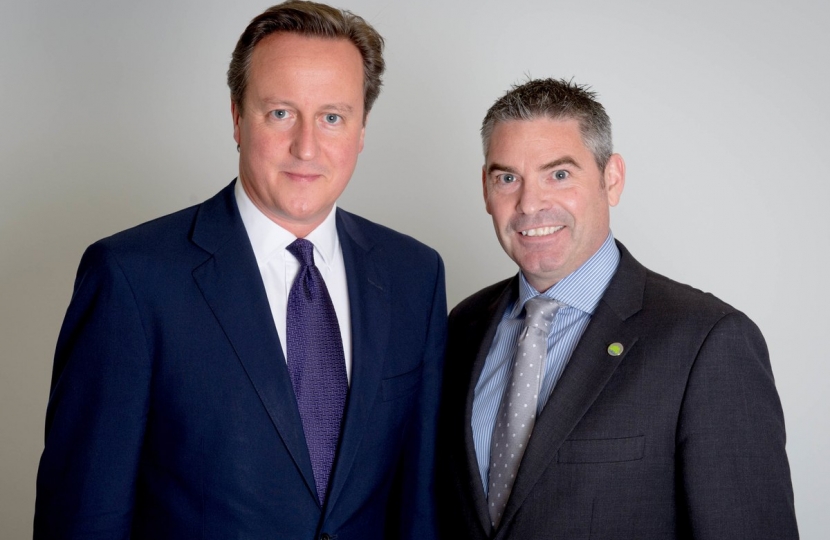 Craig Tracey, the local Conservative Candidate for May’s general election, has welcomed the Government’s announcement of additional funding to support businesses and infrastructure in North Warwickshire– helping to create 4,000 jobs and support businesses.

Craig Tracey commented:“This £15.3m of extra funding is fantastic news for local people in North Warwickshire & Bedworth. Decisions on how this money is spent are being made by local people who are best placed to ensure it makes a real difference. Projects like the local business fund and investment in local colleges will help bring growth and prosperity to our area.

“This Growth Deal is a key part of our long-term economic plan to secure a better future for the hardworking people of North Warwickshire & Bedworth Its funding will help local businesses create the jobs we need so more hardworking families can have the security of a regular pay packet, and will help equip our young people with the skills they need to get on in life.”
New investment in local projects from the scheme will help create upto 4,000 jobs whilst supporting local businesses.
Growth Deals bring together government funding for investment in infrastructure, housing, and other projects and put it in a single pot, which is placed in the hands of local authorities and businesses to invest – because they are best placed to know how to deliver local jobs and growth.

As part of its long-term plan to build a stronger economy, across the country the Government has announced a further £1 billion of funding for Growth Deals, which comes in addition to £6 billion from the Local Growth fund announced in July last year.
The Prime Minister announced these measures today. David Cameron said:“Giving local communities the power and the money to unlock growth and development and make the spending decisions that work for them is a key part of our long-term economic plan to secure a brighter future for Britain and ensure a recovery for all.
“Local Conservatives such as Craig Tracey who is a tireless campaigner for North Warwickshire will welcome these projects, which will make an important difference to the area.
“That’s what Growth Deals are all about, backing local people and investing in the infrastructure, housing and skills that will drive forward local economies, create more jobs and opportunities for hardworking people and supercharge all parts of our country.”
Greg Clark MP, Business Minister, said:“For Britain to fulfil its potential every part of the country must be an engine of growth.“Our successful programme of City Deals and Growth Deals have put local people in the driving seat as the local economy powers ahead.  This billion-pound expansion of Growth Deals fuels the momentum that is now underway in our local economies.”