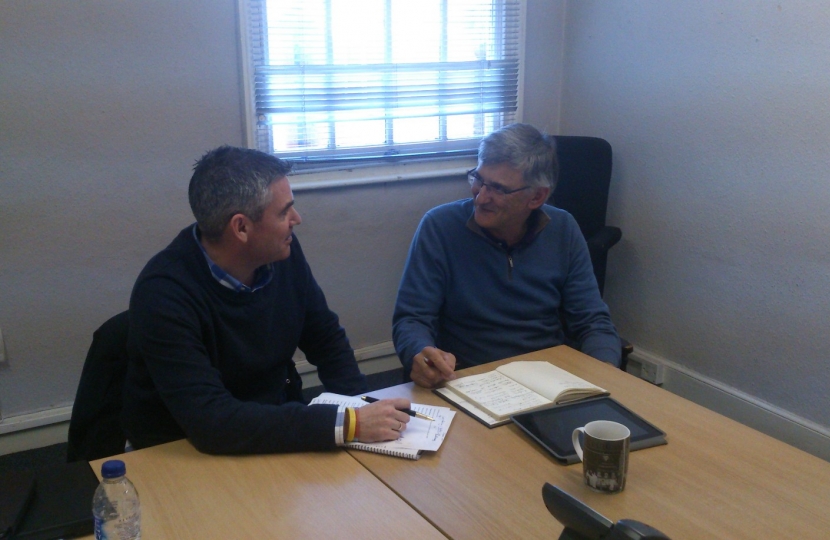 North Warwickshire and Bedworth’s Parliamentary candidate, Craig Tracey, who is leading the local campaign on road safety, has taken resident’s concerns directly to the County Council.

The local campaigner has called for more awareness of residential and dangerous roads and action to be taken to help tackle speeding motorists.

Craig, who is standing to become the next local MP said:
“I have been raising awareness on this issue which affects many residents in North Warwickshire and Bedworth. I have been surveying local people on particularly bad roads and what they would like to see done about it.”

Craig took his findings to Cllr Peter Butlin who is the portfolio holder for transport at Warwickshire County Council.

Craig continued:
“I raised a number of key local issues, such as the Trinity Road junction and Sycamore Road in Kingsbury, the concerns of the Dean family for the extension of A444 footpath and the A5 Island in Mancetter. I have already received encouraging news back on several of these issues and will be reporting this to residents in the new year.

The Government has made £15bn available for road infrastructure projects nationally as well as £1.9m pot hole fund available in Warwickshire and a £1.7m bad weather and flooding fund.

After the meeting Peter Butlin said:

“Craig has explained how passionate residents feel about speeding on local roads in North Warwickshire & Bedoworth. He has raised a number of important local issues to me which we will now look into how we can help. It is encouraging that the Government has made money available for local road infrastructure improvements in Warwickshire.”