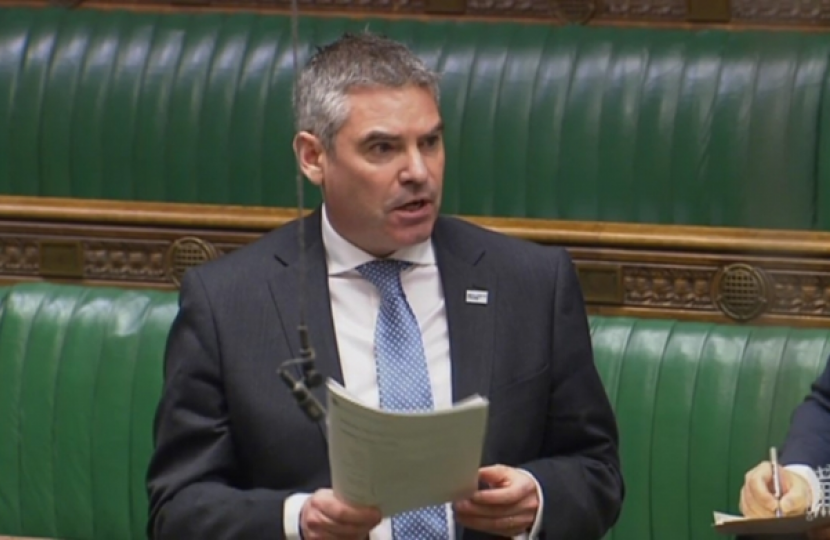 This draft piece of legislation lays down the Government’s commitments in ensuring dangerous criminals are kept in prison longer, delivering on the manifesto commitments to crack down hard on crime and protect the public.

During a statement delivered to Parliament today by the Lord Chancellor, RT Hon Robert Buckland QC MP, Craig asked Mr Buckland about proposals to increase sentencing for dangerous drivers, raising the tragic case of Sean Morley, a Bedworth Constituent who was tragically killed in a hit and run incident,  to highlight the current anomalies within law, where too often the time offenders actually spend in prison is alarmingly disproportionate to the severity of their crimes.

‘’This excellent White Paper will be debated in Parliament shortly and as well as increasing sentences for dangerous driving, looks at keeping dangerous offenders in prison for longer and will end the release halfway through their sentences of people serving between 4 & 7 years.

Whole life orders will be the starting point for child killers and new powers will be introduced to prevent the release of offenders who pose a terrorist threat or are a danger to the public.’’

Part of the Government proposals also look at how to renew the rehabilitation process, incorporating new innovations such as monitoring on burglars, robbers and thieves when they are released from prison. This also makes it easier for low level offenders to get back into the workplace too, therefore breaking the cycle of crime many vulnerable members of society sadly find themselves falling into.

Furthermore, there will be an ambitious recruitment target of 1,000 new trainee probation officers, with extra support being given to low risk youth offenders so that they can lead a better life for themselves.

‘’Unfortunately, this White Paper doesn’t fully address the inconsistencies in the Law that I know Sean’s parents would like to see, particularly around instances of Hit and Run, but I will continue to work with them on that issue to see if it can be resolved. Ensuring sentences are fully understood and implemented properly is key if we want criminals off our streets for longer and therefore give greater confidence to the public.

I am really encouraged by the Government’s move to empower the criminal justice system and all the fantastic staff who play a role in keeping our country safe.’’

Commenting on the announcement that North Warwickshire is to remain in Tier 3, David Wright, Leader of the Borough Council, said: