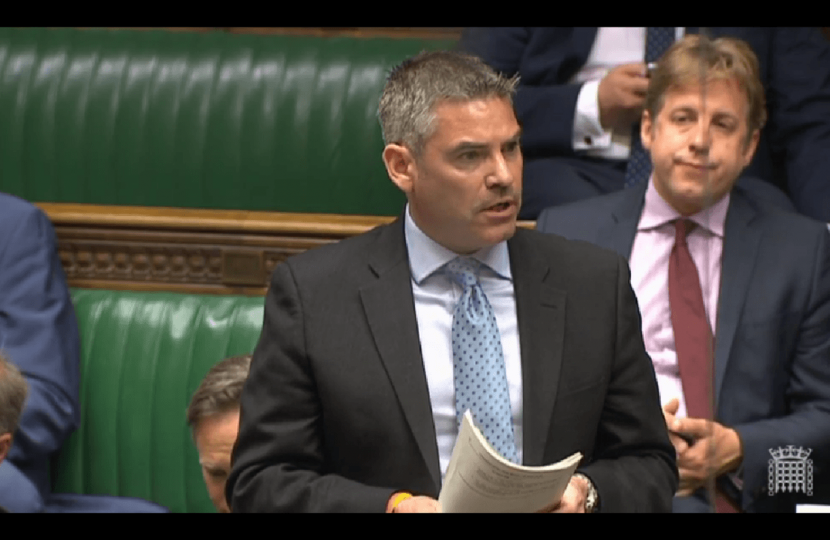 New Member of Parliament for North Warwickshire & Bedworth Craig Tracey used his first questions in Parliament to raise the important issue of childcare this week.

After the Questions to the Secretary of State session in the House of Commons Craig commented:
“Childcare was an important issue that was raised to me by local parents throughout the election campaign. I am delighted to have my question chosen, and to make my first questions in Parliament on such an important issue to residents in North Warwickshire & Bedworth.”

Local MP Craig asked: ‘What steps is [the Education Minister] taking to ensure there are sufficient child care places to meet demand?’

In the reply from Sam Gyimah MP, Parliamentary Under-Secretary of State for Education, it was announced that to support the Early Years sector, a Cross-Government Review on the cost of providing childcare will take place with the results to be published in the Autumn.

North Warwickshire MP Craig, who lives locally in Shuttington, then pressed further on childcare support for parents in his next question:
'My constituents in North Warwickshire & Bedworth particularly welcomed the commitment to the 30 hours provision free childcare Conservative Party Manifesto and look forward to its delivery. What are Ministers doing to bring this policy forward?'

In the answer to the Minister confirmed that the Government had made the Childcare Bill one of the first Bills of the Parliament and that the Prime Minister is committed to increasing childcare support for families.

Craig commented:
“Local young families can take encouragement from the answers that show this Government is supporting them with childcare and initiatives to increase childcare places. I will continue to work to ensure these policies are implemented and my constituents benefit from them”.