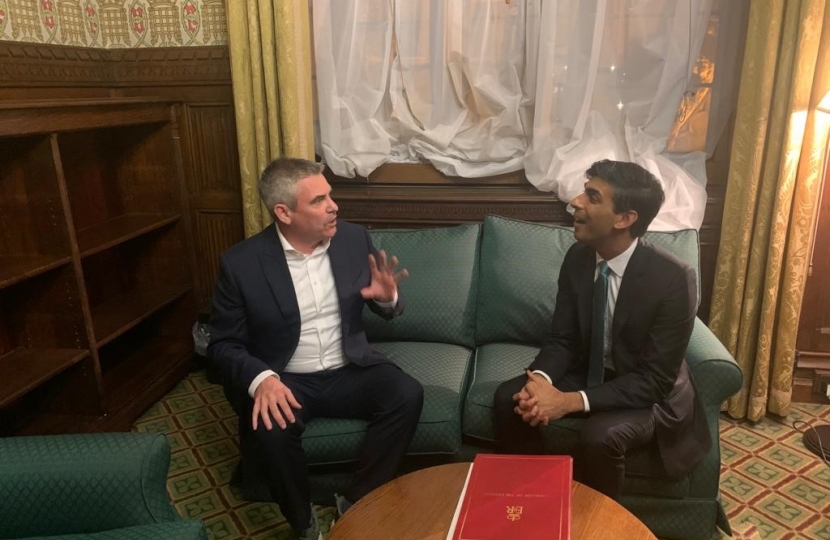 Craig Tracey, local Member of Parliament for North Warwickshire and Bedworth, has welcomed today’s announcement at the Budget by the Chancellor of the Exchequer at Bedworth being awarded £15 million to build a Physical Activity Hub, as part of the first tranche of funding allocations from the Government’s new Levelling Up Fund.

The brand-new facility will provide Bedworth with a new 8 lane 25-metre swimming pool (along with a teaching pool), a larger fitness suite and a four-court sports hall. The funding will also support plans for a new MUGA pitch and a skateboard park, which builds on Nuneaton & Bedworth Borough Council’s strong commitment to create a new mountain biking track in the park, which is currently under construction.

Commenting immediately after the announcement in the House of Commons, Craig said:

‘’I am absolutely delighted to see our joint efforts at securing much-needed investment for Bedworth pay off. Since being elected as a Member of Parliament back in 2015, it has been a huge frustration for me that the previous Council Administration always knocked back my plans for regenerating Bedworth, choosing to prioritise their focus on Nuneaton instead.

It has been a breath of fresh air working with the new administration and the much magnified local representation for Bedworth on the Council has really shone through. I have been lobbying Ministers, and the Chancellor himself for months now about backing the bids put forward for the constituency and so it’s fantastic to see this proposal will be coming to life.

It’s great to see the that the Chancellor shares my ambition for our Town, however, this is only a starting point for what I know can be a very bright and exciting future for Bedworth."

“This is a great example of what Bedworth can achieve under new management. Bedworth has never received substantial Government funding on this level before, and the new Conservative Council has managed to secure this major investment just six months into office. I want to publicly thank all of our Council Officers who have been working with us, sometimes very late into the night, to help us secure this funding”.

The Chancellor of the Exchequer, the Rt Hon Rishi Sunak MP commented: