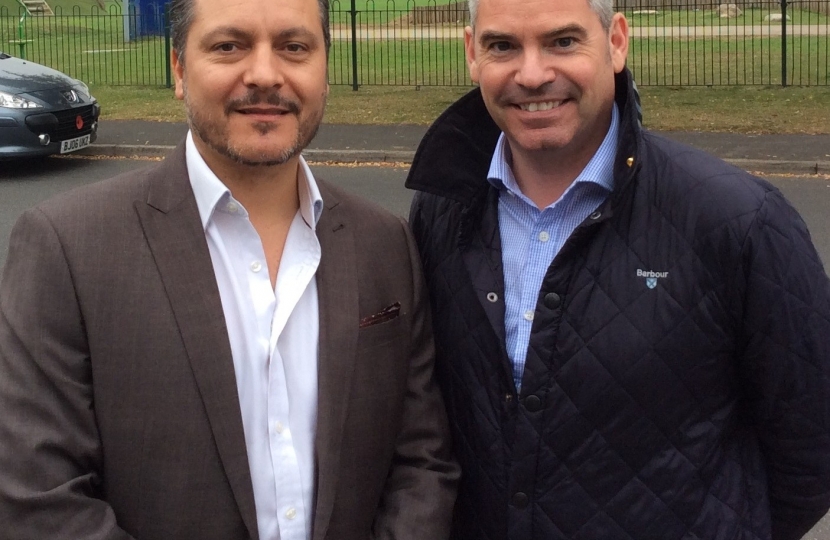 North Warwickshire Parliamentary Candidate, Craig Tracey, has backed local residents in Mancetter and neighbouring communities as they attempt to block planning permission for a 39,000 capacity Chicken Broiler unit in the heart of Mancetter.

Craig attended a packed meeting at St Peters Church in Mancetter on Monday evening (6th October) along with Borough Councillor Martin Davis and Borough Council Candidate Gary Chamberlain, both Mancetter residents. Martin & Gary have been involved in the campaign since the early stages, providing advice and support to the Residents Group along with printing thousands of leaflets which have been distributed in local villages to heighten awareness of the development.

Gary said:
“First and foremost, as a resident of Mancetter, my objection to this proposed development is personal to me and my family. I fear that we would be allowing an unwanted blight on our community, similar to when DeMalders was first proposed, many years ago. Even now, living a short distance away, we are still exposed to the foul smells which are generated from the plant. This will only be increased by the proposed Broiler unit.”

Craig added:
“The Mancetter Village Community Association have done a fantastic job of raising awareness of this application. Having worked on a similar campaign several years ago when my local village of Shuttington came under threat of Open Cast Mining, I know how difficult it can be to get the community engaged before it is too late to do something. I was very impressed by the turnout this evening and the show of community spirit.

“The Application itself appears to be flawed and, in my opinion, inappropriate for the proposed location. As was stressed at the meeting, it is vital that as every single concerned member of the public states clearly their objection to North Warwickshire Borough Council as soon as possible, as ultimately, the decision lies in their hands.

“I wish the group every success and have offered my support and help in their campaign. I will also be raising my objections to the Borough Council”