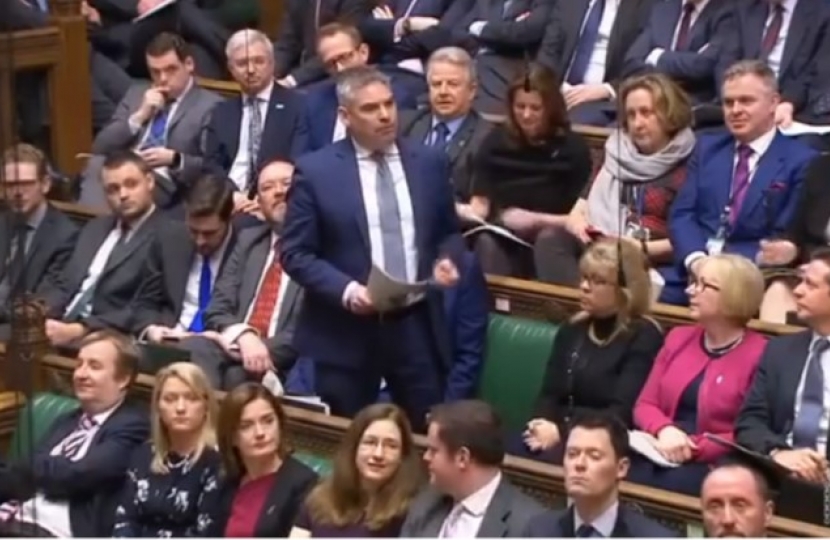 The local MP was one of 67% of residents who voted to leave the European Union in 2016.

Speaking at PMQs, Craig said:
"North Warwickshire and Bedworth voted overwhelmingly to leave the EU in 2016, and from the many conversations I have had with constituents since, I am in absolutely no doubt that if they were asked again, they would vote the same way. Does the Prime Minister agree therefore that there is no credibility in the argument for a second referendum and that our constituents want this Parliament to do what it promised and honour the referendum result, which, as Opposition Members seem to have forgotten, was to leave the EU?"

The Prime Minister, Theresa May, responded:
"My hon. Friend is absolutely right. Not just he, I and all Conservative Members, but all Labour Members stood on manifesto pledges to respect the result of the referendum and to leave the EU. I have set out several times my concern about returning to the British people in a second referendum. People sent a clear message. We asked them to make a choice, they made that choice, and we should deliver on it."

North Warwickshire voice in Parliament reflected:
"Those who are calling for a second referendum are in contempt of democracy. They certainly do not represent the views of local residents in North Warwickshire and Bedworth. It is so patronising to hear individuals claim 'we didn't know what we voted for'. Not only would a second referendum on our membership of the EU be morally wrong but there would be significant democratic and constitutional consequences for our country. I believe we must accept the democratic result to leave the EU and focus on reaching an agreement that both sides can be content with, failing that we should leave on WTO rules."