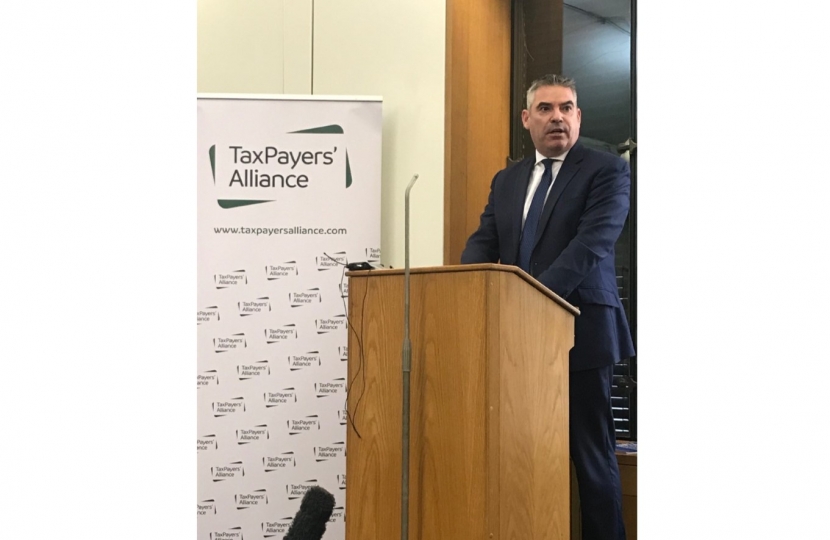 On Tuesday, North Warwickshire and Bedworth’s Member of Parliament, alongside former Cabinet Minister David Davis MP, launched a report detailing 28 local and national transport infrastructure projects that could be funded if High Speed 2 ("HS2") was scrapped.

HS2 will have a devastating impact on our local community in North Warwickshire.

With the latest evidence suggesting that costs could almost double, taxpayers are demanding more for their money. Even on current estimates, scrapping HS2 would free up at least £50 billion to improve transport links up and down the country.

In September 2018 the TaxPayers' Alliance launched the cross-party Great British Transport Competition to find alternative transport infrastructure projects totalling up to £50bn. Organisations and members of the public from across the UK submitted their ideas, with entries assessed by a panel of judges.

The results were presented on Tuesday with a special event in the Houses of Parliament. CLICK HERE TO READ THE REPORT

Craig Tracey MP said:
"Whilst I am fully supportive of improving the nation's transport, I genuinely don’t believe that HS2 is the solution.

"Today's results of the Great British Transport Competition show exactly how money can be better spent on infrastructure, both locally and nationally, which is more in tune with what the public actually wants, whilst also delivering long term economic benefits.

"We received some excellent entries and many congratulations to the winners. Ministers should seriously consider this package of  proposals as a popular and credible alternative to HS2."