Calais and spending time in the community 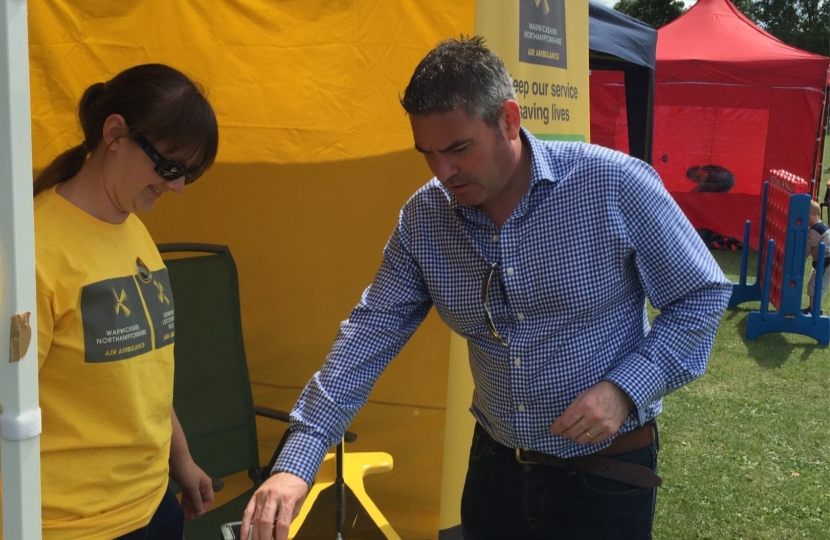 Over the last 2 weeks a deepening crisis in Calais has materialised, an issue that very much concerns me. I know that it concerns many residents too.

I have written to the Home Secretary, Theresa May, to express my unease, urge strong action and request answers. Specifically, I would like to know what the EU is doing to support both the UK and France in preventing illegal migration across the continent, how successful we have been in deporting illegal migrants who make it through the Channel Tunnel and assurances that there are no welfare incentives to illegal migrants.

Most constituents in North Warwickshire & Bedworth welcomed measures to reduce out of control benefits spending in this country over the last five years. I am proud to say that we moved away from Labour’s ‘something for nothing’ culture to reward and incentivise work, so it is in everybody’s interests that we ensure welfare is not the major incentive for migrants coming to the UK.

This issue is a top priority for the Government. It is encouraging that the they acted quickly to invest in security, detection technology and fencing in Calais and that it is working with France to tackle organised crime gangs smuggling people, often very vulnerable people, in Europe and the UK, and I will be continuing to monitor the situation closely.

We are now on recess from Parliament, which means that I get the opportunity to spend a lot more time back in the constituency, which is great. I will be taking this time to meet with as many local people, companies, charities and groups as possible. It is always heartening to see the diverse groups that we have in North Warwickshire and Bedworth. My visits so far have varied from HS2 Action groups, a Polesworth & Dordon Women's Community Association meeting all the way to an Alpacas Farm! It has been also been my pleasure to attend several great local shows & fetes, such as Middleton, who celebrated their 90th year, Shustoke & Whitacre and last weekend Fillongley. These events require a huge amount of effort to put on and I would like to congratulate all of the organisers for their efforts and helping to bring people together to celebrate our local area.

If you would like me to attend a local event or visit your company, charity or group, please call my office on 01827 715243 or email me craig.tracey.mp@parliament.uk