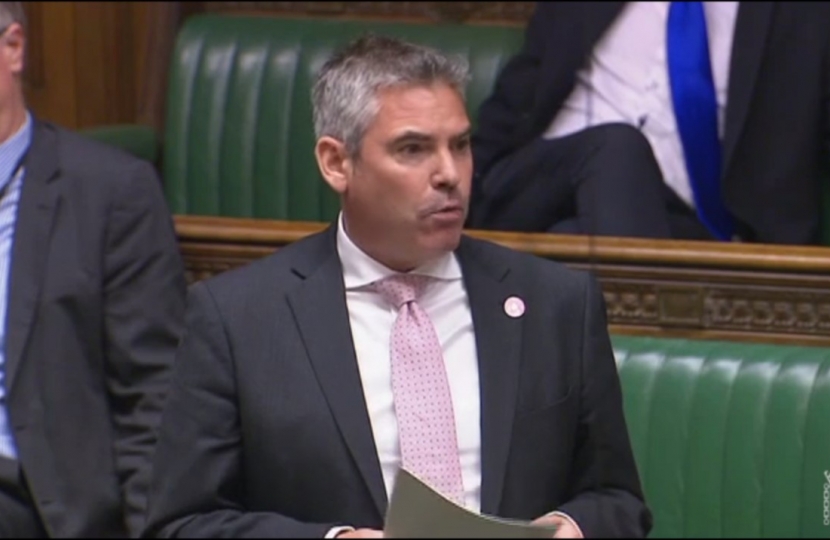 Firstly, I would like to update residents on the Prime Minister's statement on Tuesday. In it she announced that the next “Meaningful Vote” on the proposals that she brings back to Parliament will be held by 12th March. If the Government loses that vote then there will be a further vote the following day on whether "no deal” is taken off the table. If the vote is in favour of “no deal” being taken off the table, there will be a further vote on whether there should be a short extension of Article 50.

This throws up a number of possible scenarios, depending on the result of each vote. What should be noted is that irrespective of the result of the vote, “no deal” would only be off the table for the March 29th deadline. If a short extension to Article 50 was also agreed, if we reached the end of it and no agreement had been reached on a deal, the default position is still “no deal”.

It is impossible to say at this stage how I would vote in each (should they be necessary) as it depends very much on the concessions we receive from the EU. The ball is very much in their court on this. However, if it were on the current basis, where nothing has changed, I would vote against the deal, against taking “no deal” off the table and against an extension of Article 50.

It may not surprise residents to hear that I completely disagree with the new Labour Party position to re-run the EU Referendum. However, this point goes beyond party politics.

Whether you voted leave or remain it does not define your preference of political party.

And most people believe in, respect and are grateful for the democracy that we enjoy in the UK. The people have already democratically decided to leave the EU. To go back on this is an affront to liberty and places our constitution in a perilous situation.

Labour’s proposed second referendum would also rule out a WTO ‘no deal’ Brexit.

In other words Labour are saying to 17.4 million people in this country - including 67% of residents in North Warwickshire and Bedworth, some of whom would have been Labour voters - thank you for your first vote, but you got it wrong, you don’t understand, now try again.

As I have said, I do not believe we should take no deal off the table. Parliamentary arithmetic is placing huge pressure on the Prime Minister to do this but I believe it is wrong; this says to the EU that we will accept anything they offer. This will undermine our negotiating strategy.

My stance remains that I would like a deal both the UK and the EU can be content with, but I will not accept this at all costs. No deal is better than a bad deal.