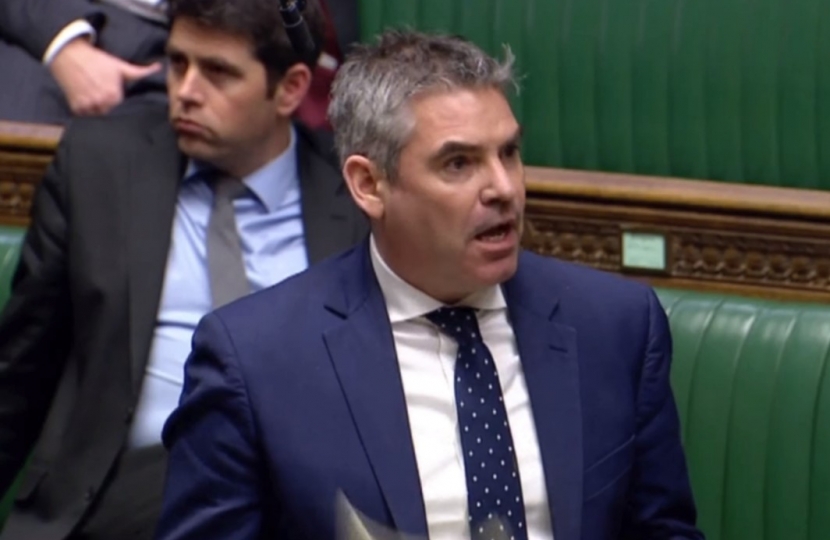 I have been contacted by, and spoken with, thousands of residents over the last few years regarding the UK leaving the EU. I completely understand concerns and frustrations from all sides of the debate. Below I want to clearly set out some of the key questions that I have been asked and my answers to them.

How did you vote in the 2016 referendum?

I voted to leave the EU alongside 67% of local residents and 17.4 million people across the country. I believe that the democratic will to leave the EU must be respected and enacted.

Why did you vote to leave?

One of the things that got me involved in politics was EU regulation and the impact that it had on my small business. In view of that, I felt it important that the UK had control of its future, sovereignty, money, trade and borders.

Shouldn’t there be a second referendum?

No. The people have already spoken, the leave vote received the largest mandate in the UK’s history. To overturn democracy and the free will of the people would be morally wrong and would have significant consequences for our constitution.

Have you voted against leaving the EU in Parliament?

No. I have kept my pledge and to the manifesto that I was elected on to ensure the people’s will to leave the EU is realised.

Why did you vote against the Prime Minister’s proposals (withdrawal agreement)?

Predominantly because of the Northern Irish Backstop. I worry that this would mean the EU having the ability to keep us in the Custom’s Union indefinitely without the UK being able to leave. In this scenario, the EU hold all of the power for any future negotiations.

Did you vote to take no deal off the table?

No, I believe no deal is a legitimate option for the UK and taking it off the table would undermine our ability to negotiate. I would like to have a deal that both sides can be content with but not at any costs. As a realist I understand that compromise is part of any negotiation, but unfortunately a ‘good deal’ appears to be becoming less likely. I am concerned that some sectors will suffer in the event of a no deal during the short-medium term, however I believe the long-term outlook for the UK would be a positive one.

Did you vote to extend the deadline for when we leave the UK?

No, I want the UK to leave on 29th March as it was legislated for in Parliament.

Don’t we risk no Brexit at all?

I fundamentally believe in democracy. We must leave the EU. That is why on the 3rd attempt at passing the withdrawal agreement I very reluctantly voted for it, as it became clear this Parliament will not allow a ‘no deal’ Brexit. I concluded that this is the only way to ensure Brexit happens at all, especially after the selection of certain motions by the Speaker.

How did you vote on the Indicative voting?

I voted against all of the alternatives apart from in favour of a WTO ‘no deal’ Brexit. I believe that this would allow us to take back control and respect the democratic referendum result. However, this was decisively rejected by Parliament (400 votes to 160)

The reality is that the arithmetic in Parliament means there is not a majority for one course of action for the way we leave. But Parliament has rejected WTO terms. Moreover, and regretfully, there are too many colleagues whose aims appear to be to subvert the people’s vote and remain in the EU.