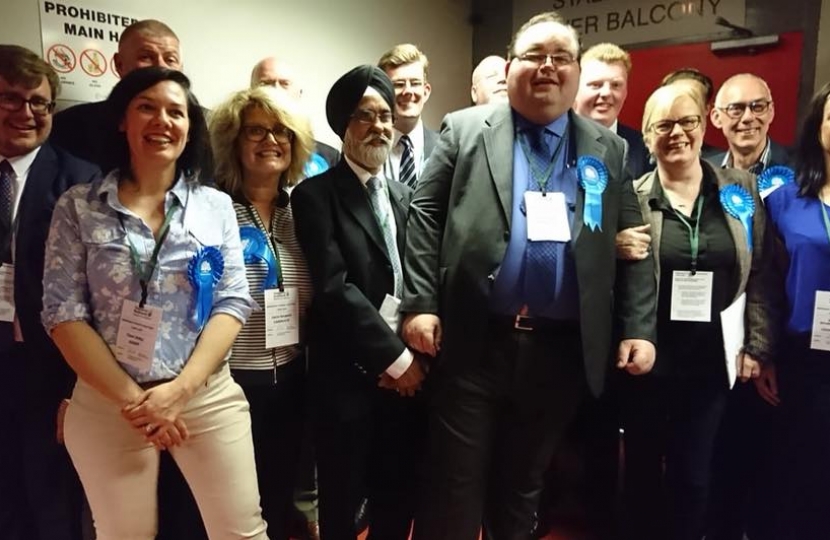 A stunning set of local election results has seen the Conservatives win four out of five council seats from Labour in Bedworth. This coupled with Tory gains in Nuneaton has seen Labour lose control of Nuneaton and Bedworth Borough Council. Representation on the Borough now stands at Labour 17 Council seats, Conservatives 16 and the Green Party with 1.

Bedworth’s Member of Parliament Craig Tracey said:
“Labour have lost all authority in Bedworth, residents have completely rejected their disastrous Borough Plan which would see the area’s remaining greenbelt decimated. This should not be a new revelation to Labour as we have been campaigning to protect our greenbelt for years. This is the clearest message yet that has been sent. They have lost control, the people have spoken and Labour must remove the greenbelt from their development plans immediately.”

In an incredible election night Labour went from a comfortable majority on the Borough Council to losing a total of 8 seats. The control of the Council is now on a knife edge with the solitary Green Party Councillor tipping the balance.

Mr Tracey continued:
“I would like to thank the residents of Bedworth for supporting our local team. We ran a strong local campaign putting our community at the heart of it, with dedicated candidates who have a record of getting things done. Even in the only seat we didn’t win on the night in Bede, our excellent candidate, Owen Reid, reduced the majority from nearly 600 down to just 28, so just missed out on an historical win. This is the first time ever that the Conservatives have more Councillors in Bedworth than Labour. Over recent years it has become apparent that Labour have taken our town and residents for granted and have not managed responsibilities in our community well enough. I am glad that, despite a particularly nasty and personal campaign from Labour, people have voted for a positive vision in Bedworth.”

“This was a fantastic night for us in Bedworth and builds on the success we have earned in recent years. We are really grateful to our neighbours and residents for voting for us. It goes to show that every vote really does count and makes a difference. We are now calling on Labour, who are clinging on by their fingernails, to revise the Borough Plan and crucially remove their proposals for developments in School Lane, Hospital Lane, Burbages Lane and Bedworth Woodlands.”